The magnitude of the crisis facing President Biden at the U.S.-Mexico border came into clearer focus Wednesday as the new administration was holding record numbers of unaccompanied migrant teens and children in detention cells for far longer than legally allowed and federal health officials fell further behind in their race to find space for them in shelters.

More than 8,500 migrant teens and children who crossed the border without their parents are being housed in Department of Health and Human Services shelters as they wait to be placed with relatives or vetted sponsors. Nearly 3,500 more are stuck at Border Patrol stations waiting for beds in those shelters to open up, the highest figure ever, according to internal data reviewed by The Washington Post.

Held in grim steel-and-concrete cells built for adults, these young people are spending an average of 107 hours awaiting transfer to an HHS-run shelter, well over the 72-hour legal limit, the data shows. The largest number of unaccompanied minors held this way during the Trump administration was about 2,600 in June 2019, according to congressional testimony and two former Customs and Border Protection officials who were involved in handling that crisis.

The Border Patrol warehouse with chain-link holding pens that were decried as “cages” in 2018 has been closed for renovations, but the conditions in the stations are not much better. Young people are waiting in cramped, austere holding cells with concrete floors and benches. Lights remain on 24 hours a day, agents say, and there are few places to play.

Troy Miller, the acting CBP head, said those housed at the stations have full access to meals, snacks and medical care, as well as showers every 48 hours.

“Many of us, maybe most of us, are parents,” Miller told reporters Wednesday. “I myself have a 6-year-old, and these Border Patrol agents go above and beyond every single day to take care of the children.”

He acknowledged that the Border Patrol continues “to struggle with the number of individuals in our custody, especially given the pandemic.”

The Biden Administration is putting illegal alien children in shipping containers. Allegedly, there are nice butterfly photos inside. All that can be seen publicly are the barred-up windows, one per container. 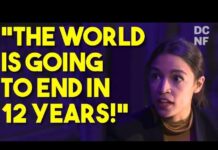