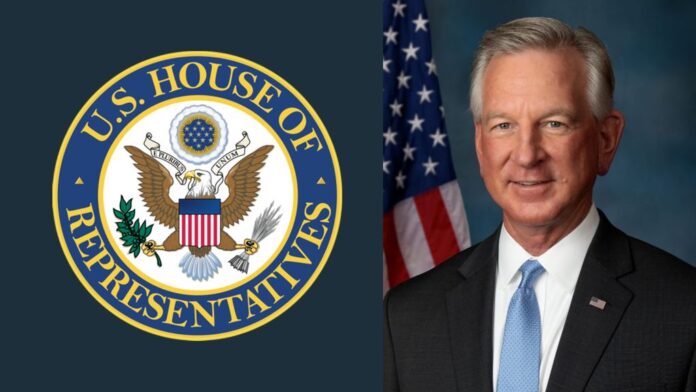 “I’m grateful for the opportunity to once again co-chair the House Border Security Caucus with my friend, Congressman Biggs,” said Rep. Babin. “In his first three weeks in office, President Biden has made weakening our national security a top priority. He has abandoned our borders, endangered our Border Patrol, and already made us less secure, less safe, and less sovereign. I look forward to continue working with the members of this caucus to push back against the reckless decisions coming out of the Biden White House and Democrats in Congress.”

“I am excited to reconvene the Border Security Caucus for the 117th Congress,” said Rep. Biggs. “Border security is national security, and Congress’s role is essential to ensuring a secure border. All members of our caucus will be actively working to oppose the Biden administration’s open-borders policies and to protect the rule of law. I look forward to working with Congressman Babin and my colleagues on this caucus to stand for border security and unapologetic enforcement of American immigration laws.”

President Biden has wasted no time in implementing his open-borders immigration policies that put Americans at increased risk of COVID, job loss, and wage suppression.

“President Biden has wasted no time in implementing his open-borders immigration policies that put Americans at increased risk of COVID, job loss, and wage suppression. Poor Americans, disproportionately minorities, will also face increased competition for scarce government resources. At a time when President Biden has abdicated the oath he took to protect and defend America and her citizens, the Border Security Caucus has never been more critical to demand accountability from the administration and to represent the interests of American workers and taxpayers. On behalf of the millions of Americans we represent, we thank Chairmen Babin and Biggs for their steadfast leadership and commitment to the Constitution, the rule of law, and our great nation,” said Rosemary Jenks, Director of Government Relations, NumbersUSA.

“Representatives Babin and Biggs have both made border security a top priority since they came to Washington, so seeing them step up to lead the Border Security Caucus is no surprise and we’re excited to work with them,” said RJ Hauman, head of government relations at FAIR. “Considering that our nation is on the brink of yet another border crisis — in the midst of a global pandemic and terrible economic conditions — the American people desperately need lawmakers to join together and fight for border policies that protect them. That’s what the Caucus is going to do and we encourage all members to join at this critical time.”