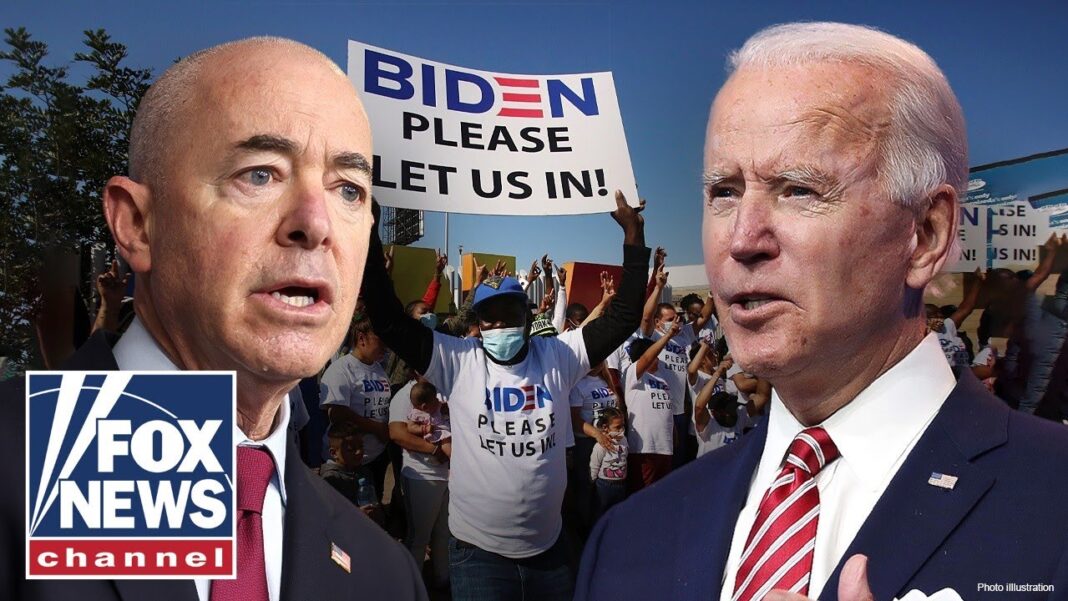 “Sensitive locations” where officers were barred from detaining people in the country illegally previously constituted of a small number of settings, including churches, hospitals, and schools.

The locations are now being referred to as “protected areas.” Mayorkas added social services establishments like homeless shelters, anywhere disaster or emergency relief is being provided, and places where children gather, including playgrounds, childcare centers, and school bus stops.

“When we conduct an enforcement action—whether it is an arrest, search, service of a subpoena, or other action—we need to consider many factors, including the location in which we are conducting the action and its impact on other people and broader societal interests. For example, if we take an action at an emergency shelter, it is possible that noncitizens, including children, will be hesitant to visit the shelter and receive needed food and water, urgent medical attention, or other humanitarian care,” Mayorkas told officers.

To the extent possible, he added, officers should avoid acting at or near a protected location.

“This principle is fundamental. We can accomplish our enforcement mission without denying or limiting individuals’ access to needed medical care, children access to their schools, the displaced access to food and shelter, people of faith access to their places of worship, and more. Adherence to this principle is one bedrock of our stature as public servants,” he wrote.

Since the president took office in late January, the United States has seen an unprecedented wave of illegal immigration. At the same time, deportations have dropped to record lows.

The widening of protected spaces follows Mayorkas limiting which illegal immigrants officers should pursue and narrowing or outright blocking enforcement actions in or near courthouses and at businesses.