WASHINGTON — The Biden administration is restricting the information Border Patrol agents and sector chiefs can share with the media as a surge of migrants tests the agency’s capacity at the southern border, according to four current and two former Customs and Border Protection officials.

The officials say the restrictions are seen as an unofficial “gag order” and are often referred to that way among colleagues. The officials requested anonymity because they are not authorized to speak to the media about the topic.

Border Patrol officials have been told to deny all media requests for “ride-alongs” with agents along the southern land border; local press officers are instructed to send all information queries, even from local media, to the press office in Washington for approval; and those responsible for cultivating data about the number of migrants in custody have been reminded not to share the information with anyone to prevent leaks, the officials said.

Multiple news organizations, including NBC News, have requested access to or photos from inside overcrowded border processing facilities holding unaccompanied migrant children; they have been denied. The DHS press office released one photo late Tuesday of a mother and child undergoing a health screening inside a border facility, but no wider shots to show conditions or sleeping arrangements.

At the height of the Trump administration’s child separation policy in June 2018, it allowed media to tour facilities where separated children were held. 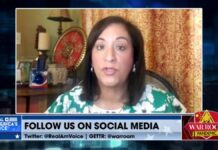 Bannon Unleashes On Texas Authorities Over Out Of Control Border Invasion 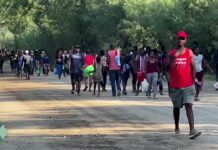 A New Beachhead Opens in the Biden Border Crisis