Home Keep Up Immigration Biden Administration Sends Notices to Appear to Tens of Thousands of Illegal... 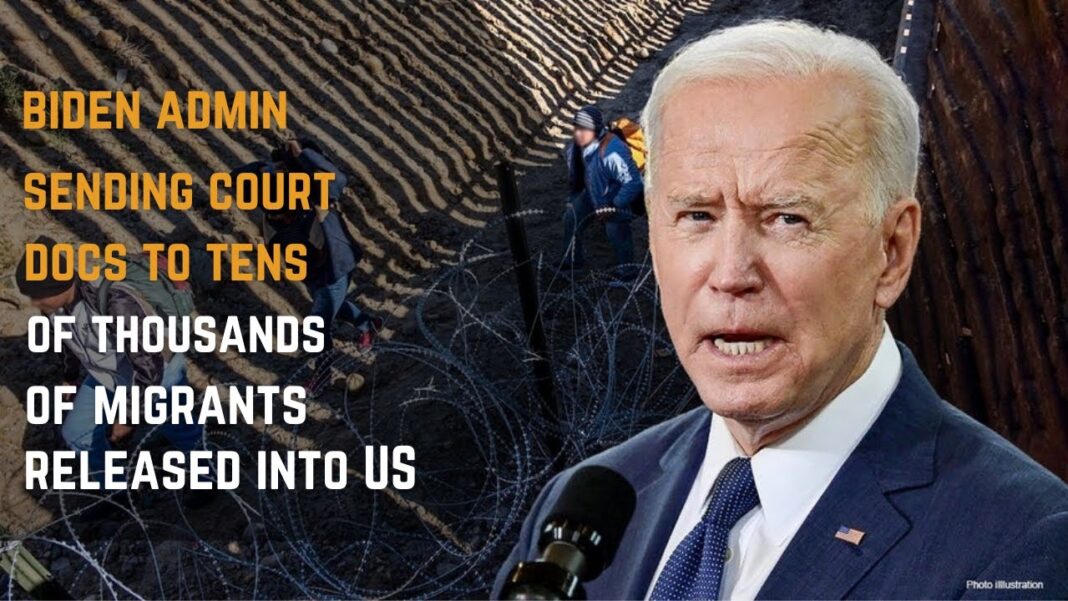 President Joe Biden’s administration is sending notices to tens of thousands of illegal immigrants who were released into the U.S. interior without being given a date to appear in court, the government confirmed to The Epoch Times.

Immigration and Customs Enforcement (ICE) “is mailing charging documents to place noncitizens in removal proceedings who have been paroled or released under prosecutorial discretion by Customs and Border Protection,” an ICE spokesman told The Epoch Times in an email.

The illegal immigrants, numbering about 78,000, will receive packets of documents, including documents directing them to report to the ICE office closest to where they’re living, and that they will be processed for possible deportation.

“Action will be taken against those that do not appear consistent with the law and department priorities. By mailing out these charging documents, ICE is initiating removal proceedings in a timely way,” the spokesperson stated.

Chad Wolf, former head of the Department of Homeland Security (DHS), said the move showed the Biden administration had been dysfunctional in its handling of immigration enforcement.

“Since this admin could not effectively manage the border, DHS must now expend considerable resources to track down illegal immigrants,” he wrote on Twitter.

The U.S. immigration system, already burdened by a backlog of more than 1.4 million cases, has seen unprecedented illegal border crossings since Biden entered office in January.

The previous fiscal year record of illegal immigrant apprehensions was broken in September, and a new yearly record is all but certain to be set.

Normally, when illegal immigrants are apprehended by Border Patrol and they wish to claim credible fear of returning to their home country, or the first step in the asylum process, an asylum officer will conduct a credible fear screening.