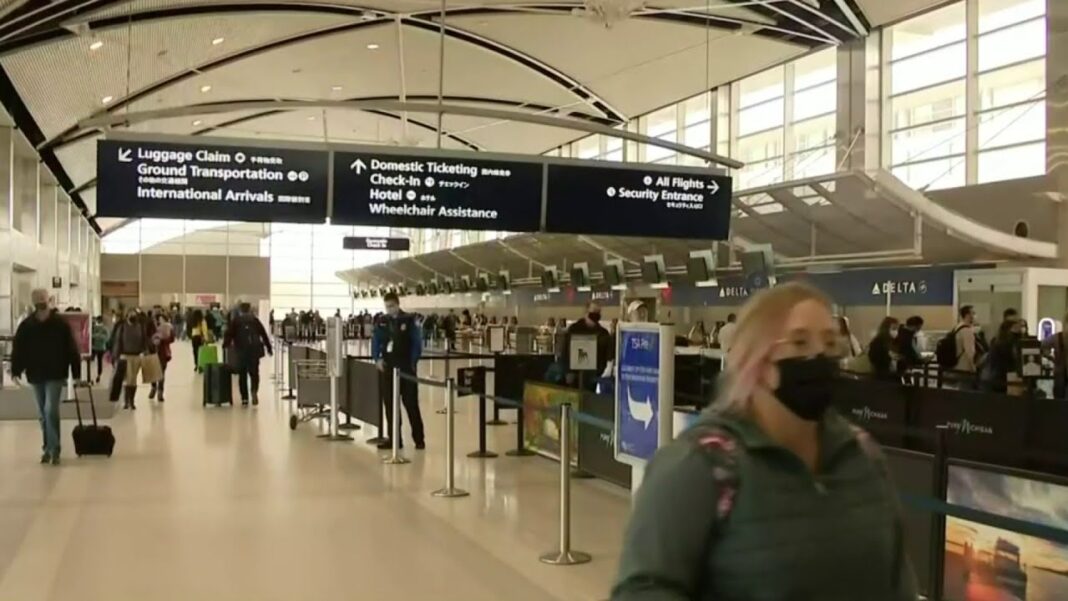 President Joe Biden’s administration in a court hearing on Jan. 17 urged judges on a federal appeals court to overturn a ruling from a lower court that struck down the administration’s airplane mask mandate.

The U.S. Centers for Disease Control and Prevention (CDC) had “good cause” to impose the mandate and bypass the notice- and comment period required by the Administrative Procedure Act (APA), Brian Springer, an attorney for the government, told judges of the U.S. Court of Appeals for the 11th Circuit.

At the time the mandate was imposed, in early 2021, “there were variants that had just been detected that showed signs of increased transmissibility, and people were starting to travel again,” Springer said. “In those circumstances, the CDC had good cause to issue this order, particularly when the CDC detailed the reasons why in this particular environment, namely in the transportation sector and in transportation settings, COVID had a specific tendency to spread among people who are traveling together because they’re standing together in lines and sitting together on conveyances.”

One of the judges expressed skepticism with the line of thinking, accusing the CDC of issuing “boilerplate” language to impose the mandate without a notice and comment period. Under a ruling in a separate case, boilerplate statements that COVID-19 exists and that there’s a public emergency aren’t sufficient to satisfy the “good cause” exception to the APA. Springer disagreed, saying the CDC’s statement provided rationale that met the standard.

U.S. District Judge Kathryn Kimball Mizelle, a Trump appointee, said in her 2022 ruling that the CDC violated the APA by only issuing a single conclusory sentence to support ducking the notice requirements.

She noted that at the time the order was issued, around a year had passed since the beginning of the pandemic, and COVID-19 cases in America were on the decline.

Brent Hardaway, arguing for Health Freedom Defense Fund, which brought the case, said that the mandate was “very strange” given that airplanes and many airports already had mandates in place, in addition to the decline in cases.