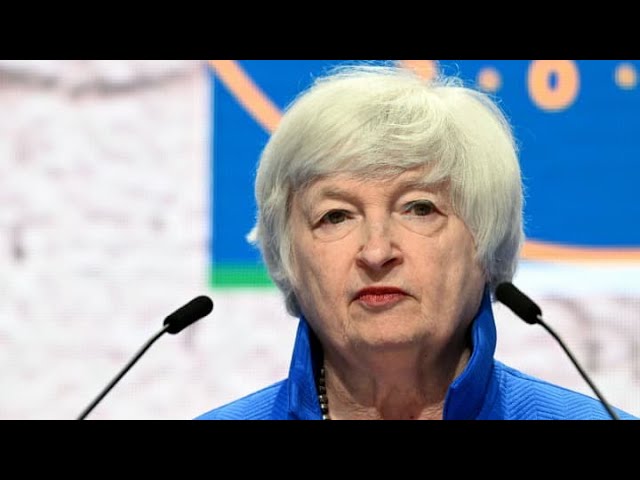 Treasury Secretary Janet Yellen on Wednesday warned the United States could hit its debt limit by next month, warning Congress that she will run out of maneuvering room.

In a letter to leaders of Congress, Yellen said she can’t provide a specific date for when she’ll be not able to keep the federal government funded unless the chamber raises the debt limit. Should that happen, according to estimates from the Congressional Budget Office, funding for Social Security, Supplemental Security Income, and Medicare will likely be halted.

“Given this uncertainty, the Treasury Department is not able to provide a specific estimate of how long the extraordinary measures will last,” the secretary wrote in the letter (pdf). “However, based on our best and most recent information, the most likely outcome is that cash and extraordinary measures will be exhausted during the month of October. We will continue to update Congress as more information becomes available.”

And Yellen warned that once cash on hand and other available measures are exhausted, the United States “would be unable to meet its obligations for the first time in our history.”

The U.S. debt ceiling, which reached $22 trillion in August 2019, is the legal limit on the amount of debt the federal government can borrow, according to the Committee for a Responsible Federal Budget. Lawmakers missed a July deadline to extend former President Donald Trump’s two-year suspension on the borrowing limit, which was reinstated in August 2021.

For months, Yellen has warned lawmakers to raise the U.S. debt limit before the end of July and warned that a delay could cause “irreparable damage to the U.S. economy and global financial markets.”

“Waiting until the last minute to suspend or increase the debt limit can cause serious harm to business and consumer confidence, raise short-term borrowing costs for taxpayers, and negatively impact the credit rating of the United States,” Yellen also wrote in her letter. “At a time when American families, communities, and businesses are still suffering from the effects of the ongoing global pandemic, it would be particularly irresponsible to put the full faith and credit of the United States at risk.”