When pressed by a reporter during a news conference, White House deputy press secretary Karine Jean-Pierre disputed reports saying President Joe Biden was going to terminate Enbridge Inc.’s Line 5 pipeline, which stretches from Canada into Michigan. However, she conceded that the Army Corps of Engineers was reviewing the matter.

“Yes, we are. We are,” Jean-Pierre said. “I thought you were saying that we were going to shut it down, but that is not inaccurate. The Army Corps of Engineers is preparing an environmental impact [statement] to look through this.

“Any reporting indicating that some decision has been made, again, is not accurate,” she said, adding that an environmental impact statement “will help inform any additional action or position the U.S. will be taking on the replacement of Line 5.”

Line 5 is part of a pipeline network that moves crude oil and other petroleum-based products from Canada, transporting some 500,000 barrels per day.

On Nov. 7, Politico reported that the administration was weighing the potential market effects of a shutdown of the pipeline in the face of Republican, Canadian government, and industry opposition. More than a dozen GOP lawmakers last week sent a letter to President Joe Biden, warning that the move would further cause gas prices to increase amid already-high prices.

Michigan Gov. Gretchen Whitmer, a Democrat, has also sought to shut down one segment of the pipeline, ordering Enbridge to stop operations in May due to concerns about a section that runs under the Straits of Mackinac leaking into the Great Lakes.

But in October, the Canadian government, which backs Enbridge and Line 5, escalated the dispute and invoked a decades-old Canada–U.S. treaty. 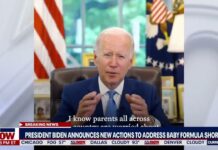 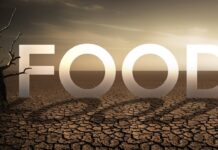