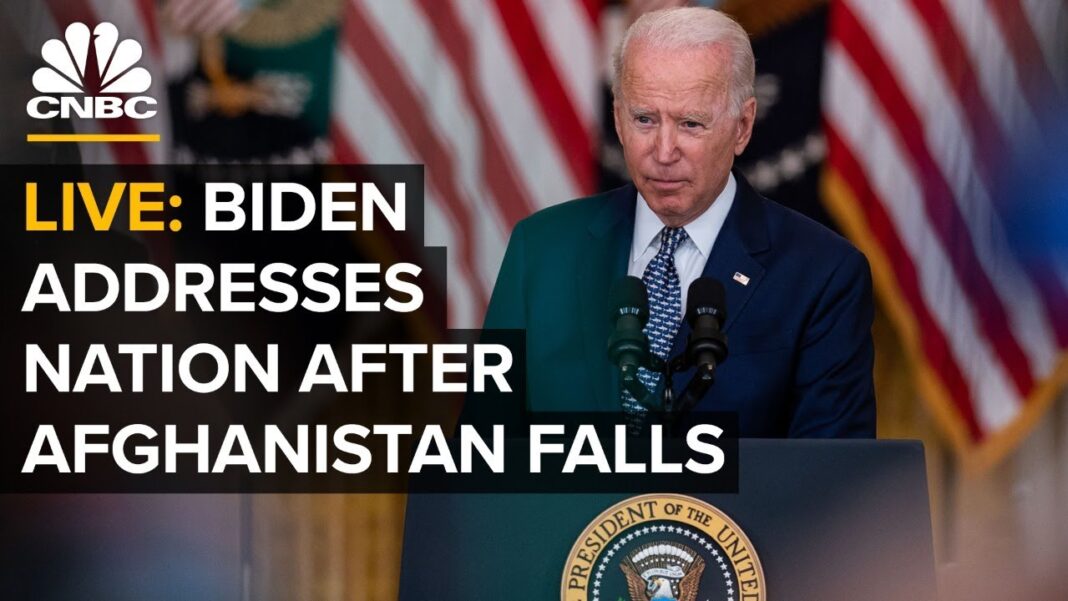 President Joe Biden’s national security adviser Jake Sullivan said it is possible that the Biden administration would provide aid to the Taliban following the United States’ withdrawal from Afghanistan and the collapse of the Afghan government.

Sullivan told ABC News’ “Good Morning America” on Tuesday that regarding giving financial assistance to the Taliban, “that will be about the Taliban’s actions. It will be about whether they follow through on their commitments.”

The security adviser said providing humanitarian aid to Afghans is a priority for the Biden administration and will flow through non-governmental organizations (NGOs). “They need help with respect to health and food aid and other forms of subsistence, and we do intend to continue that.”

However, long-term economic and development assistance would only be provided to the terrorist organization if they keep the pledges they made to the United States, such as “their commitments to safe passage for Americans and Afghan allies, their commitment to not allow Afghanistan to be a base from which terrorists can attack the United States or any other country, their commitments with respect to upholding international obligations. It’s going to be up to them, and we will wait and see, by their actions, how we end up responding in terms of the economic and development assistance,” said Sullivan.

Republican lawmakers have slammed the administration for trying to work with the Taliban and accepting them as a legitimate government.

“We should bleed the Taliban dry. We should deny them legitimacy. We should help those who are willing to fight back against the Taliban. We should make their life miserable,” said Sen. Lindsey Graham (R-S.C.) while speaking to reporters at a press briefing on the U.S. withdrawal from Afghanistan on Aug. 16 from Capitol Hill.

“The Taliban broke the agreement that it made with this country from the very beginning. And clearly this year at multiple points in the timeline, the Taliban continued to break that agreement, whether it was the power-sharing agreement overall by their taking over the country, or the agreement to allow Americans to pass through checkpoints,” said Rep. Mark Green (R-Tenn.). “And yet here they [members of the Biden administration] are considering, contemplating, recognizing the Taliban as a government, as a state. Let the insanity of that sink in for just a second.”

Sullivan was asked if the aid, should it be given, will flow through the Taliban.

“It’s not going to flow through the Taliban. … When we send humanitarian assistance to countries, we do so through international institutions like the World Health Organization or the World Food Program, and we do so through a non-governmental organization, who … are still operating on the ground in Afghanistan as we speak. It will not flow through the government,” said Sullivan.

The Epoch Times reached out to the White House for comment.