Tucker Carlson explains the motive behind not COVID testing people coming across the southern border. (See Video Above)

Former acting Commissioner of U.S. Customs and Border Protection, Mark Morgan argues the Biden administration’s reinstatement of the catch-and-release policy is ‘putting America second’ and being used to ‘drive a political agenda.’

US-MEXICO BORDER- Joe Biden and the Democrats are trying to increase their voting base and have discovered the easiest way to do it is apparently to open the southern border.

Since Biden’s inauguration, he has taken multiple steps toward that end. Recently, he quashed asylum deals the Trump administration had made with three Central American countries that resulted in a significant reduction in the flow of asylum seekers at the border.

President Trump had made deals with the three nations—Honduras, El Salvador and Guatemala, which required a majority of asylum-seeking migrants to seek that status in Central American nations prior to doing so in the United States. In around two weeks, Biden dismantled that agreement.

Trump’s policy made sense. Why should people trying to escape “oppression” pass through numerous other nations in order to seek asylum in the United States. However Biden’s promise to basically open the border and offer paths to citizenship to anyone who makes it into the country has basically turned on the “Open” sign.

Biden ordered the withdrawal of the United States from the agreements with those three countries. On Saturday, Secretary of State Anthony Blinken (he’s no Mike Pompeo) said the administration had notified the three Central American nations that it had started to take steps to terminate those agreements made by the Trump administration.

‘The Biden administration believes there are more suitable ways to work with our partner governments to manage migration across the region,” he said in a statement.

He said that the administration would work with the three countries to address insecurity and poverty which causes people to flee those countries in the first place, while allegedly maintaining control of the southern border.

“To be clear, these actions do not mean that the U.S. border is open,” Blinken said.

“While we are committed to expanding legal pathways for protection and opportunity here and in the region, the United States is a country with borders and laws that must be enforced.”

The agreements, which had been suspended to a point during the coronavirus pandemic, required anyone seeking asylum at the U.S.-Mexico border to instead go to one of those three countries and seek asylum there.

The program was implemented in the first place in order to reduce the number of people seeking asylum in the United States. Critics claimed it reflected a retreat from U.S. obligations under international law to help people who were fleeing so-called persecution, claiming the three countries were unable to provide refuge.

While throughout the 2020 election campaign Biden said they did not embrace open borders, but rather were looking for a more “humanitarian” stance, their actions seem to contradict that claim.

However, actions speak louder than words and the actions of the Biden administration in three weeks indicate nothing could be further from the truth.

In fact, Border Patrol agents have been instructed to return to the Obama-era “catch and release” program, according to the Gateway Pundit. Basically this policy dictates that anyone caught crossing the border who is detained by ICE is released into the U.S. with a future “hearing date” that a majority never show for. 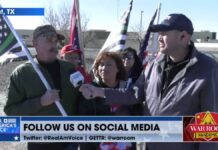 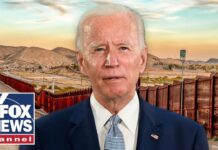 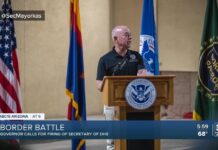