A Black Lives Matter activist in Boston and her husband have been charged with fraud and conspiracy by federal officials after allegedly taking money meant for a nonprofit they founded to pay for hotel rooms, car rentals, and dining out.

Monica Cannon-Grant, 41, and her husband Clark Grant, 38, were charged in an 18-count indictment this week by the U.S. Attorney’s Office for the District of Massachusetts.

The couple used tens of thousands of dollars meant for charitable efforts such as feeding needy children to pay for a vacation to Columbia, Maryland; groceries; Uber rides; car rentals; meals at restaurants; gas; auto insurance; purchases from retailers such as Old Navy; nail salons; hotel rooms; parking fees; and Walmart purchases, according to charging documents obtained by The Epoch Times.

The funds were donated to the organization founded by Cannon-Grant and Grant, called Violence in Boston (VIB). Among those donating funds were a Cambridge Black Lives Matter group and a department store, prosecutors say.

One $10,000 donation came from the Suffolk County District Attorney’s Office, which was headed at the time by Rachael Rollins, the current U.S. attorney for Massachusetts.

Additionally, Cannon-Grant and Grant are alleged to have knowingly made a false statement and report to obtain a mortgage loan by omitting income from their nonprofit.

Cannon-Grant has described herself as a Black Lives Matter activist. The nonprofit she started with her husband says its mission is “to improve the quality of life and life outcomes of individuals from underserved communities by reducing the prevalence of violence and the impact of associated trauma while addressing social injustices through advocacy and direct services.” It often promotes posts with Black Lives Matter hashtags on social media. 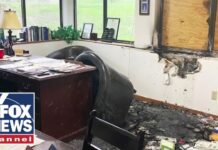 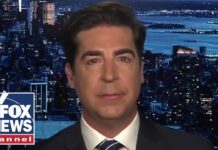 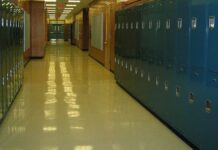 A Call to Arms: Teachers in Conservative States Are Volunteering to Carry Guns