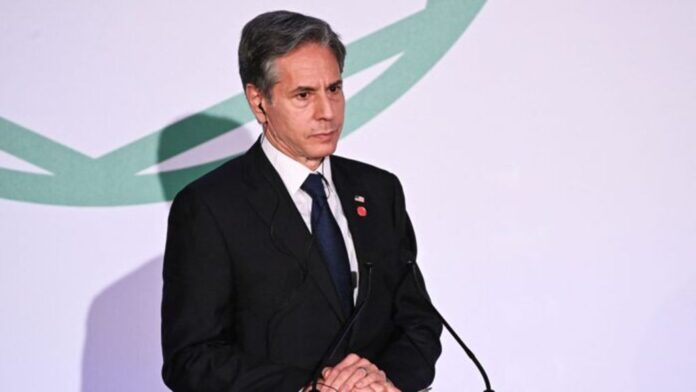 “The United States will continue to place human rights at the forefront of our China policy and will always support the voices of activists, survivors, and family members of victims who courageously speak out against these atrocities,” stated State Department spokesperson Ned Price in a statement following the meeting.

Price warned that the United States could place additional U.S. sanctions on Chinese officials responsible for crimes against Uyghurs and other Muslim minorities.

“As we deem appropriate, I suspect we’ll be employing additional tools going forward to hold to account those officials responsible for what has taken place there,” Price said during a daily briefing on Tuesday.

In Xinjiang, over a million Uyghurs and other Muslim minorities are currently being held in Chinese internment camps, where they face forced labor, torture, sexual abuse, political indoctrination, forced abortion, and forced sterilization. The Chinese Communist Party (CCP) has claimed these camps as “vocational training centers” for “curbing extremism.”

The United States designated the suppression campaign in Xinjiang as a form of genocide in January. Since then, Belgium, Canada, the Czech Republic, Lithuania, the Netherlands, and the United Kingdom have followed suit.

The State Department did not release the names of the seven participants in the meeting, but only said they were former detainees, advocates, and relatives of individuals detained in Xinjiang.

Rayhan Asat, an international human rights lawyer and a nonresident senior fellow at the Washington-based think tank Atlantic Council, was one of the seven participants at the meeting, according to her Twitter account.