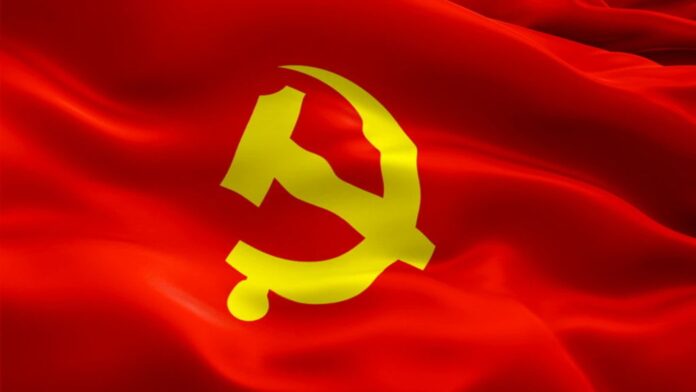 Allowing national flags and flags about historic events, causes, and organizations while refusing to raise a Christian flag outside a city hall is an unconstitutional example of government censorship, a seemingly sympathetic Supreme Court was told on Jan. 18.

The hearing came as the high court has been becoming increasingly protective of religious freedoms since conservatives gained a 6–3 majority on the bench in October 2020, when Justice Amy Coney Barrett replaced the late Justice Ruth Bader Ginsburg.

Petitioner Harold Shurtleff runs Camp Constitution, which offers classes and workshops on U.S. history and the Constitution. Camp Constitution, also a petitioner, was formed “to enhance understanding of the country’s Judeo-Christian heritage, the American heritage of courage and ingenuity, the genius of the United States Constitution, and free enterprise,” according to the petition filed with the court.

Three flagpoles adorn Boston City Hall’s entrance. Atop one flies the U.S. flag, and below it is a flag honoring missing soldiers and prisoners of war. The Massachusetts flag is on a second flagpole. A third flagpole usually flies Boston’s flag, but sometimes flags are hoisted to honor or commemorate causes, individuals, historic events, and foreign countries such as China or Turkey. Sometimes, the tertiary staff hosts flags about military battles, victims of crime, or the LGBTQ community.

But in 2017, Boston refused to let Camp Constitution display a flag containing a Christian cross, claiming it would be a constitutionally impermissible endorsement of Christianity by the city.

The petition states that Boston official Gregory Rooney told the group the city “maintains a policy and practice of respectfully refraining from flying non-secular flags.”

Rooney said the policy was created out of concern for “the so-called separation of church and state or the Constitution’s establishment clause.” He worried that the Camp Constitution flag “was promoting a specific religion” and “didn’t think that it was in the city’s best interest to necessarily have that flag flying above City Hall.”

“His concern was not with the flag itself, but that on the application, it was called a ‘Christian flag.’ Rooney wouldn’t have been concerned if the same flag was called ‘the Camp Constitution flag’ because then ‘it would have been the flag of the organization and not a religious symbol,’” the petition states.

During oral arguments, Mat Staver, founder and chairman of the public interest law firm Liberty Counsel, spoke for the petitioners.

“After 12 years with 284 flag-raising approvals, no denials, and usually no review, one word caught the attention of a Boston official: the word ‘Christian’ on the application,” Staver told the justices.

“The flag itself was not the problem. Had it been called anything but Christian, the same flag would have flown for an hour without incident. … All applicants are welcome, except religious viewpoints.” Boston’s policy “places religion in the same category as speech deemed inappropriate, offensive, supporting prejudice or discrimination.”

Boston has been talking out of both sides of its mouth, Staver argued.