The Police in America are under assault. In Minneapolis, Atlanta, LA, New York and virtually any big city in America, you see the Left move to demonize and defund our police. In Seattle, domestic terrorists took over an entire neighborhood and kicked out the police. But do these leftists have any idea what they are actually asking for?

Here is former cop Brandon Tatum defending police as he breaks down what a police-free future looks like for America. And tells us who will be the most hurt when we disband our police.

You going to take police from single moms, vulnerable children, domestic violence victims, the people who need them the most. Your robbing them, and should be ashamed of yourself.

My name is Brandon Tatum. I did six and a half years on the police department and I did just about everything you can imagine. I was on the SWAT team. I was a full training officer meaning I  trained new officers how to become officers, and I was involved in almost every aspect of the police department. I charge all you woke leftist out there. Let me give you a reality check. There are dangerous, evil people in this world and when that dangerous evil person comes to your front door, forces entry into your house with your children there, who are you going to call? Your not going to call the politicians, you’re not going to call the activists who are out here defending the police, you’re going to call a man or woman who sworn to uphold the law, wearing a badge. They’re not going to be cowardly. They’re not going to turn away from you because of your race, or because of what you look like, or because of your past mistakes, they’re going to come into your house and they’re going to protect you with the whole life, no matter what the consequences are, no matter if they never come home and see that family, they’re going to be there for you.

I made $40,000 a year. I didn’t do it for the money, I did it because I love my community. You couldn’t pay me enough to put my life on the line. You can’t pay me enough to have to worry about not coming home every night to my children. You owe it to America to explain what part of the police department you plan on cutting. Are you going to cut the domestic violence unit? Are you going to cut the individuals who investigate our child sex crimes, internet crimes, elder abuse? Are you going to cut the SWAT team, some of the best trained men and women in the entire world? Who do you think is going to handle terrorist attacks on American soil. Who do you think is going to stop the drug dealers who are selling drugs to your children. Who’s going to that for you. You guys are not equipped to do that. That’s why you have police officers. They go through the training. Have you ever been to the Academy? Do you know what we learn? Do you know the sacrifices that are made? Do you know how much we spend time learning about the laws, learning about the constitution, learning how to de escalate, learning about crisis intervention, learning about mental health crisis, learning how to draw, how to shoot. It’s your fault that people are out here killing police officers for no reason, ambushing police officers. The hatred and vitriol for really good people. You are creating that animosity that should not exist. You’re putting a target on our backs. You’re making it unsafe for us to go to work. What do you think you’re doing to the morale? Do you think it’s exciting for a police officer to go to work. Why would anybody want to be a police officer right now? Why? The good men and women who are training, who are educated, who have had a passion since the day that they were born to be a servant is going to take his job away.

I want you to understand this policing in America is not just a job, it’s a calling. And there are people who answer the call on a day-to-day basis. Why are you trying to destroy their dream? Why are you trying to distract and deter people from answering the calling on their life and you’re doing it for political gain. And all of these fraudulent politicians and celebrities yelling at you, telling you you should defund the police, guess what they have, armed security, people that are there to protect them 24 hours a day. They have guns, you don’t, and it breaks my heart to see a man of integrity served on the police department for 38 years, served honorably, served the community was a leader, lost his life and what do you all say, nothing, nothing. You should be thinking about defunding the criminal element in the community. You guys are focused in the wrong area. We all understand policing and that we can all improve. I would love to see police always have the availability to have more training, more exposure, that comes with more funding not defunding. Let me tell you what needs to be defunded, these failed government programs that have done nothing for young people in the inner city, not provided opportunities, haven’t provided education, they have done nothing.

The funding of the police department is where you see success. A well-funded police department with good adequate training, that’s what’s going to protect these young people, that’s what’s going to keep people safe, that’s what’s going to get the guns off of the streets. That’s going to give young people an opportunity to flourish, to live their dreams, to accomplish things without getting snuffed out through gang violence, through drugs, through homicides. Common on man it’s common sense. But you all are not operating on common sense, you’re operating on emotions. You’re operating on political correctness. Your operating on mob rule. You and I both know what’s really going on in the cities. You and I both know that the politicians have failed you. You and I both know that you’re not really worried about the police officer riding a police car down the street and that they’re going to harass you. You know your worried about wearing the wrong color on the wrong street. You’re worried about the dope boys in the Hood selling dope creating zombies. And for you hypocrites out there, you should be ashamed of yourself, because you know you’re doing this for political expediency. You’re doing this for elections. You don’t, you really don’t care about the inner city. You really don’t care about violence, because if you did you’d have done something about it 30-40 years ago.

Let me talk to you about what’s going to happen, what gets cut from the police department when you defund it. Are you going to be there to protect women from getting abused? Are you going to be there for children who are on the internet getting exposed to predators? Are you going to be there when a woman is delivering her baby on the side of the road? Are you going to be there when someone is laying in the middle of the street with gunshot wounds? I need you to wake up, use your brain. The noble police officers, they go out and serve and protect on a day-to-day basis, they deserve support, they deserve funding, They deserve to be trained properly,  they deserve to have the backing of the city. You’re going to take police from single moms, vulnerable children, domestic violence victims, the people who need them the most. You’re robbing them and should be ashamed of yourself. There are bad apples in every profession, the police department is not exempt. And every single person I’ve talked to, every single person watching this video, hates bad cops. But you know who hates bad cops the most, the  good cops. The ones who stick around, the ones who served properly, and you’re making it hard on them. Patriotic Americans don’t defund the police, they defend the police. Join me in supporting police officers all over the country so we can make this country a better place. 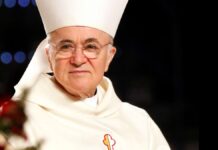