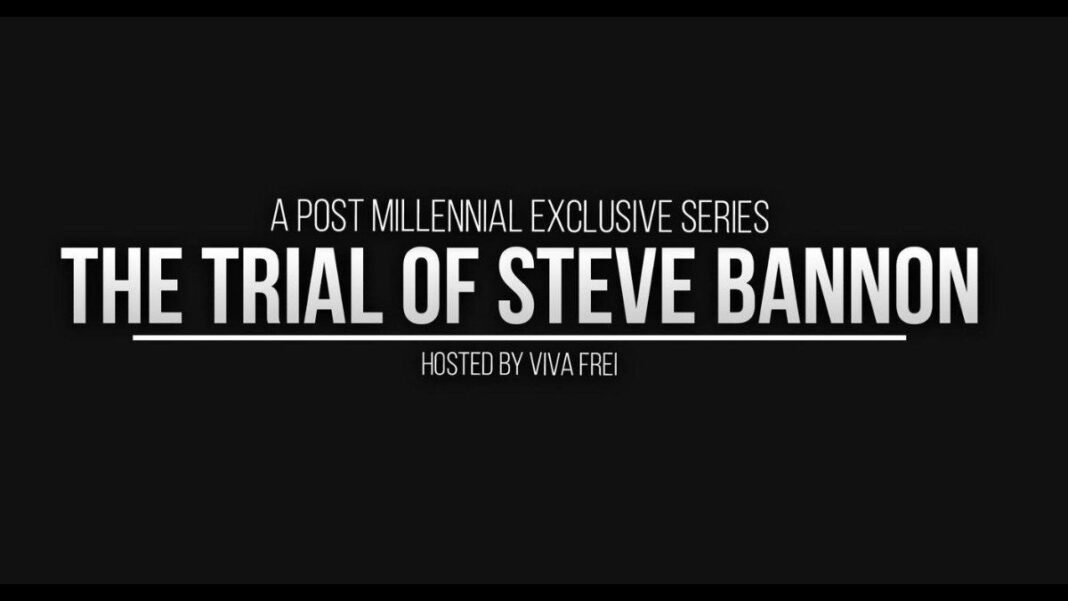 “We live in a world of parallel legal systems, where justice —and injustice— is doled out on the basis of political ideology,” Frei said in anticipation of the trial, which begins in Washington, DC.

The Post Millennial announces the development of a new collaboration with attorney and YouTuber Viva Frei, who will be covering the trial of Steven K. Bannon exclusively for The Post Millennial. This Post Millennial exclusive series will feature Frei breaking down each facet of the trial from jury selection through judgment. Frei has previewed the coming trial on his channel.

“If you had any lingering doubts from the acquittal of Michael Sussman, despite all incontrovertible evidence, the kabuki theatre trial of Steve Bannon will leave little doubt: we live in a world of parallel legal systems, where justice —and injustice— is doled out on the basis of political ideology,” Frei said in anticipation of the trial, which begins in Washington, DC on Monday.

Bannon faces charges of contempt of Congress for refusing to comply with a subpoena that was issued by the January 6 Committee in September 2021, which was looking to uncover communications between Bannon and former President Donald Trump in the lead up to and surrounding the Capitol riot on January 6, 2021. It is the committee’s contention that Trump incited a riot and they are looking at communications of nearly everyone who was close to the President at the time. Close associates of Trump have had their homes searched and their devices seized over the past few months.

Bannon’s refusal to comply with the subpoena was due to the former president having invoked executive privilege, saying that their communications were protected. The committee refused to grant that, and found him in contempt of Congress in October 2021. In November, Bannon surrendered to the FBI.