Lieutenant Colonel Dave Grossman is a retired US Army Ranger and paratrooper, and a former West Point Psychology Professor. He is also the director of the Killology Research Group and actually developed the term “killology,” considered the study of the psychological and physiological effects of killing and combat on the human psyche.

Anyone in law enforcement and/or the military know Lt Col Grossman for his work on studying combat and killing specifically. Lt Col Grossman I was so pumped to interview Lt Col Dave Grossman as I’ve been following his work for years. As a new officer and after a major incident, it was suggested to me to read his work On Combat. It was the first book I had ever read that talked about phenomenons such as PTSD, stress, combat breathing, auditory exclusion, and much more. The book really helped me grapple with things that I was dealing with at the time, and made me more resilient.

Lt Col Grossman did a study on videogames comparing children’s brain scans before and after playing video games. It was determined that videogames are not good for children and have a deleterious effect on brain development. They also prime children for killing and desensitize them, which could lead to more behaviors such as mass school shootings. Ten years ago, the Lt Col was advocating for more police in schools to help prevent violence of this magnitude. The uptick of violence we are experiencing because of the defund the police movement is doing just the opposite, removing police officers from schools.

Throughout this interview Lt Col Grossman shares valuable life hacks. He discusses sleep hacks especially for those that do shift work. He also tells some amazing combat stories exemplifying leadership and he gives important information for first responders and others.

During COVID-19, a time of despair and hopelessness, with unemployment rising, tensions over the election, and lockdowns, Lt Col Grossman has words of encouragement, and an ultimate life hack to increase resiliency. All that Lt Col Grossman has to say is a gamechanger but his answer to the question, What’s a ritual that you practice daily? is jaw dropping. 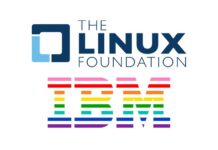 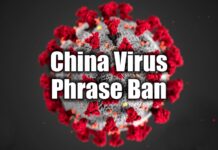