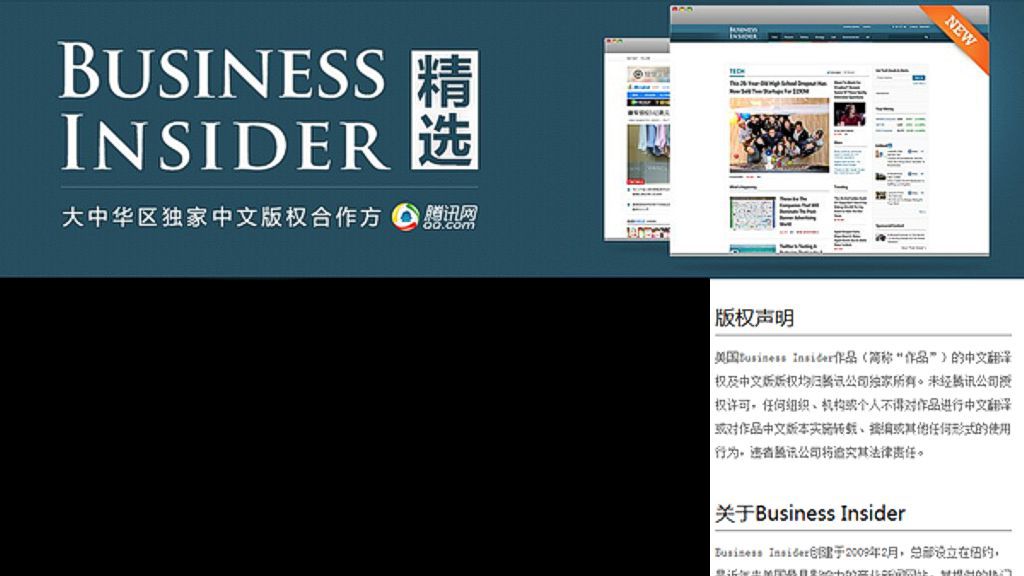 According to The National Pulse:

Tencent has been described by the State Department’s Bureau of International Security and Nonproliferation as a “tool of the Chinese government,” noting the company has “no meaningful ability to tell the Chinese Communist Party ‘no’ if officials decide to ask for their assistance.” It provides “a foundation of technology-facilitated surveillance and social control” as part of the CCP’s broader crusade “to shape the world consistent with its authoritarian model,” the State Department report adds.

Even the left-wing Amnesty International rated Tencent’s data encryption capabilities zero out of 100, noting it hadn’t “stated publicly that they will not grant government requests to backdoor.”

Below is the information shared online by Business Insider when they launched a new partnership with Tencent, a Chinese Communist Party linked firm, in 2014. This is just one more example of the CCP’s infiltration into America’s media.

Tencent is the company behind QQ, WeChat, and other mind-bogglingly huge apps and sites.

Basically, Tencent will become our exclusive partner in China.

By the way, in case you’re curious about the state of instant Mandarin-English web translation these days, here’s the Google-Translate version of Tencent’s announcement of the partnership:

[ REVIEW ] After the two sides to cooperate, other media in China (including mainland China, Hong Kong, Macau and Taiwan) will not be translated disseminate any content Business Insider website.

After the two sides to cooperate, quality content Business Insider will by Tencentthree-dimensional media platform, it is recommended to give more attention to global Financial Technology News domestic readers.

As a leading U.S. financial technology news site, Business Insider to provide popular news stories and edgy sharp comments and critically acclaimed. Founded in 2007, this site different from traditional media news presentation, quickly gained recognition readers.Business Insider let the news become “illustrated”, and through a comprehensive optimization of headlines and content, the mass of information on the Internet, quickly grab the reader’s eye.

Tencent is the largest contemporary Chinese views of Chinese portal dedicated in the new media era provide valuable news content to readers. In today’s rapid development of mobile Internet, Tencent will press through a variety of channels of high-quality websites, news client, IM platforms, social platforms, personalized push to the hundreds of millions of users and readers.