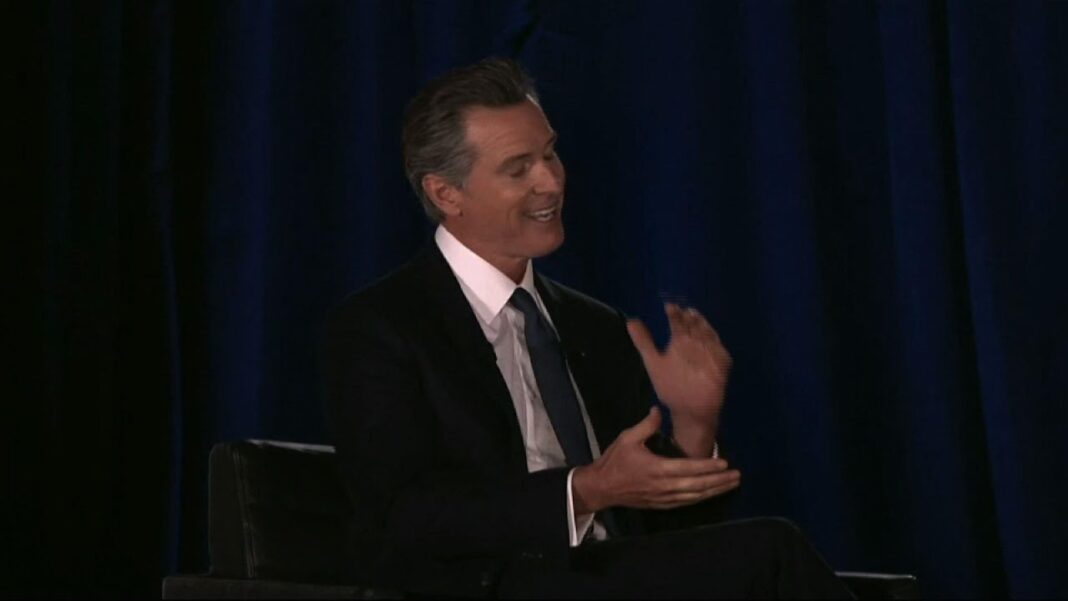 California Gov. Gavin Newsom on Nov. 9 said he was absent from public events for nearly two weeks in order to spend time with his four young children.

Newsom abruptly canceled an overseas trip to a climate conference on Oct. 29 and did not appear publicly for more than a week after. Prior to the hiatus, he was last seen publicly receiving a booster shot of the CCP virus vaccine.

Asked about his time out of the public spotlight, the governor said he was extremely busy dealing with a chain of crises, including wildfires, the pandemic, and his recall election.

“We’ve gone from crisis to crisis,” Newsom said. “And the kids, literally, they kind of had an intervention. They said they couldn’t believe that I was going to miss Halloween.”

During his absence, the governor posted a photo dressed up as a pirate with his wife and children on Halloween.

Newsom said at the event on Tuesday that he worked all of last week. It is unclear why he opted for an email announcement during that week to announce the launch of the state’s COVID-19 vaccination campaign for children ages five and up rather than appearing in front of TV cameras as he would usually do.

“Mom and dad missing Halloween, for them, it’s like worse than Christmas, missing Christmas. And I woke up that next morning with, something that’s probably familiar to a lot of parents, that knot in your stomach, that I had no damn choice, I had to cancel that trip,” Newsom said.

The announcement from the governor’s office on Oct. 29 was short on details, saying he was canceling the trip to Glasgow due to “family obligations.” During the absence that followed, Newsom’s representatives declined to comment on his plans or whereabouts.

Newsom was last seen receiving a Moderna CCP (Chinese Communist Party) virus vaccine booster dose on Oct. 27. The governor’s booster was a mix-and-match with the original regimen, which was a Johnson & Johnson (J&J) shot.