The California Employment Development Department (EDD) recently reported that its best estimate of fraudulent unemployment payments totals at least $20 billion. That makes it easily the largest fraud in U.S. history and is more than the entire state budget of about half of U.S. states. None of the money has been reported as recovered.

As the investigation continues, California sits with the highest unemployment rate in the country at 7.5 percent. Might the two be related?

From the outset of the pandemic, it was obvious there was a big risk of EDD fraud. It has historically been a problem, just like fraud in other government programs like Medicare. The government has always been an easy mark.

Second, for the first time, benefits were handed out to independent contractors, like Uber drivers, rather than just employees. The state maintains good records of prior employment; it does not regarding contract work.

Third, for the first time the federal government got involved in unemployment, adding $600 per week to state benefits which normally total only about $300 per week. This increased temptation, with $900 per week now at state, the equivalent of full-time employment at $22.50 per hour.

Finally, the EDD maintained no requirement that recipients show proof that they were searching for work.

As a result, California has paid out at least $179 billion in unemployment benefits since the start of the pandemic, processing over 25.8 million claims. More claims were handled than the total pre-pandemic workforce of about 19.5 million. About 2 million jobs were lost due to the pandemic, meaning the state has paid out about $89,000 per lost job.

The fraud, therefore, should have been obvious, yet it went on for months. Recent investigations have revealed that there were employees within the department involved in the fraud. In one case, $2 million in benefits were sent to a single address. Another $1 billion was sent out in the name of about 20,000 current prison inmates. Fraudulent benefits even went out under the social security number of U.S. Senator Dianne Feinstein. 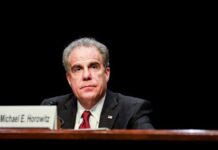