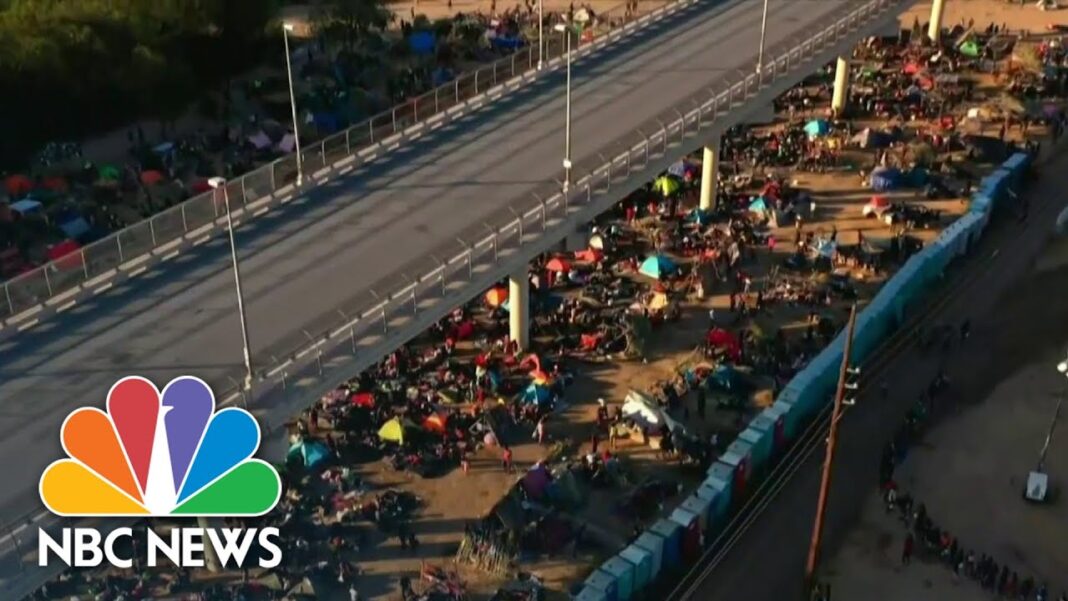 DEL RIO, Texas—The primitive camp that sprung up under the international bridge is completely cleared of people, officials said Friday.

Almost 15,000 were living in the litter-strewn camp at one point, Texas officials have said, putting a strain on local healthcare resources amid the COVID-19 pandemic.

The camp was steadily cleared by Department of Homeland Security (DHS) assets and on Friday had zero immigrants left, Del Rio Mayor Bruno Lozano, a Democrat, said during a briefing shortly after noon.

Workers are still working on cleaning up the site, he added. Once that’s complete, the international bridge will be reopened.

“Last weekend, we had approximately 15,000 individuals in the Del Rio section. I committed to addressing that within 10 days and now we have none,” DHS Secretary Alejandro Mayorkas told reporters in Washington.

Nearly 30,000 illegal immigrants have been encountered in Del Rio since Sept. 9, Mayorkas said. Approximately 12,400 have already been released and given a date to appear in court or have been requested to check in at a federal immigration office within 60 days. Some 8,000 returned to Mexico voluntarily. Another 5,000 are being processed to determine whether they should be expelled or let go with a notice. And approximately 2,000 were deported to Haiti on 17 repatriation flights.

The Epoch Times witnessed a number of illegal immigrants in Del Rio on Wednesday getting ready to board buses to go to Houston and other cities in the interior.

“We remain in touch with them, we monitor them to ensure they appear in court,” the secretary said.

Some groups and Democrat lawmakers have called for deportations to end entirely while others, including most Republicans, say more of the aliens should be deported. The Biden administration is using federal law and Title 42 pandemic powers to expel some illegal immigrants, but is letting others go, including unaccompanied minors, or illegal immigrant children who arrive without a responsible adult.