Home Previews Books Cause Unknown: The Epidemic of Sudden Deaths in 2021 and 2022 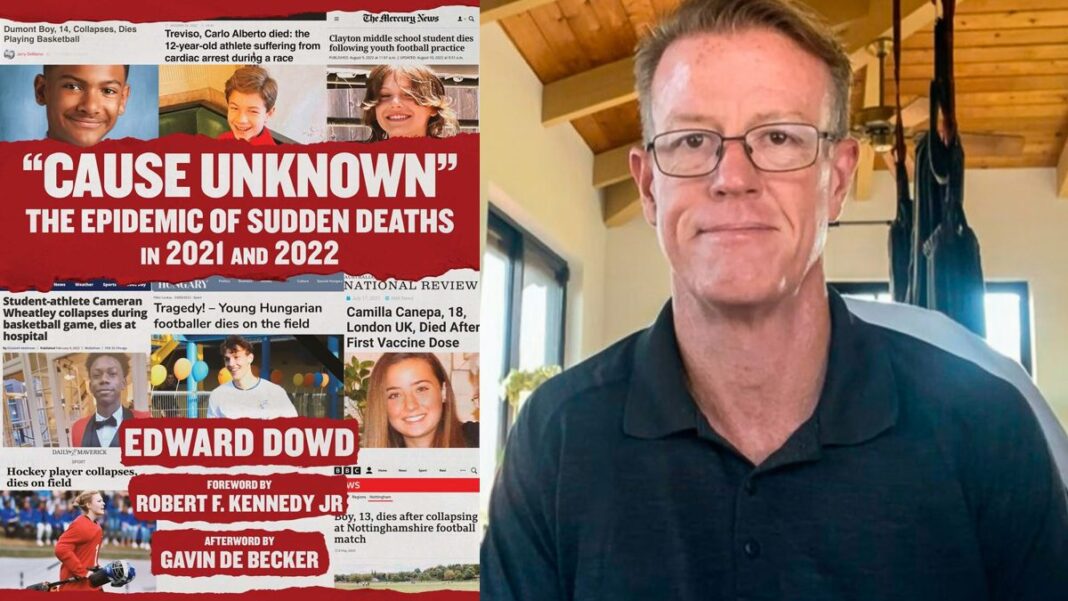 What is killing young healthy Americans?

Edward Dowd, a former Wall Street analyst and BlackRock portfolio manager, examines the epidemic of sudden deaths in America. Throughout his stock picking career, he utilized pattern recognition to get ahead of his peers and the street before his bullish or bearish thesis became consensus. Early in 2021, he noticed a rise of news anecdotes about sudden deaths among very fit athletes and other seemingly healthy young people across the country. His question was simple: What changed in 2021?

Edward Dowd is currently a founding partner with Phinance Technologies a global macro alternative investment firm. He has worked on Wall Street most of his career spanning both credit markets and equity markets. Some of the firms he worked for include HSBC, Donaldson Lufkin & Jenrette, Independence Investments, and most notably at Blackrock as a portfolio manager where he managed a $14 billion Growth equity portfolio for ten years. After BlackRock, he founded OceanSquare Asset Management with two former BlackRock colleagues.

Robert F. Kennedy, Jr is the founder of Waterkeeper Alliance, as well as Founder, Chairman of the Board, and Chief Legal Counsel for Children’s Health Defense, and of counsel to Morgan & Morgan, a nationwide personal injury practice.

Mr. Kennedy is an esteemed author, with a long list of published books including the New York Times’ bestseller, “Crimes Against Nature.” Mr. Kennedy was named one of Time magazine’s “Heroes for the Planet” for his success helping Riverkeeper lead the fight to restore the Hudson River. His reputation as a resolute defender of the environment and children’s health stems from a litany of successful legal actions. He received recognition for his role in the landmark victory against Monsanto, as well as in the DuPont Case that inspired the movie “Dark Waters” (2019).

Gavin de Becker is a three-time presidential appointee whose pioneering work has changed the way our government evaluates threats to our nation’s highest officials. His firm advises many of the world’s most prominent media figures, corporations, and law enforcement agencies on predicting violence, and it also serves regular citizens who are victims of domestic abuse and stalking. De Becker has advised the prosecution on major cases, including the O.J. Simpson murder trial. He has testified before many legislative bodies and has successfully proposed new laws to help manage violence.