Home Keep Up China CCP CCP-Linked Firms May Have Received More Than $400 Million in Virus Relief... 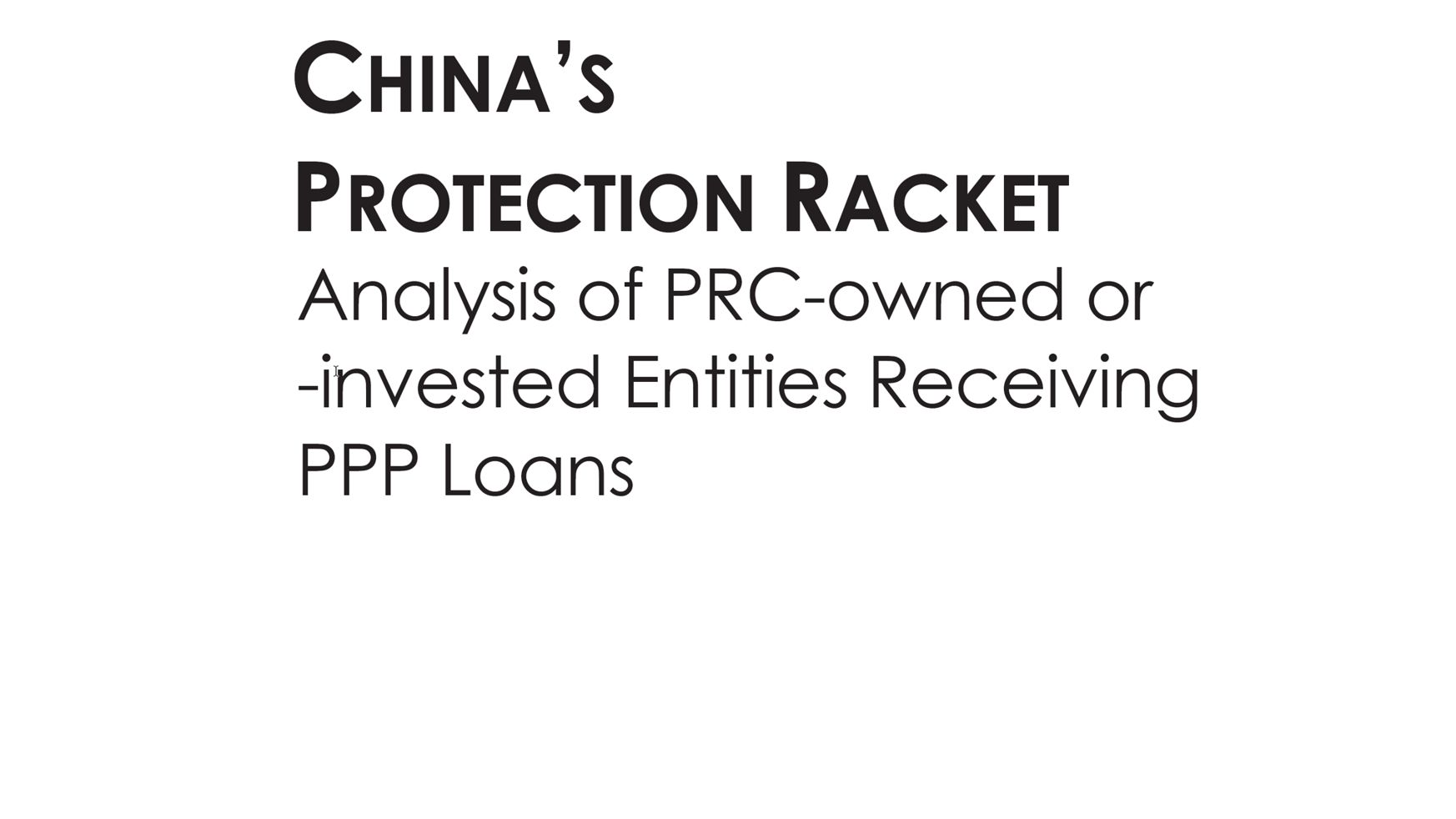 Federal tax officials should launch a forensic audit and investigation of more than 125 U.S. firms with significant links to the Chinese Communist Party (CCP) that received up to $420 million in Paycheck Protection Program (PPP) loan funds last year, according to the founder of a citizens group devoted to government transparency.

“Communist Chinese defense contractors used a legal loophole to hijack up to $400 million meant for small businesses on Main Street at the peak of the pandemic. It’s time to forensic audit these firms. On behalf of the American taxpayer and mom and pop businesses everywhere, the IRS must investigate and claw back any ill-gotten gains,” Open the Books founder and Chief Executive Officer Adam Andrzejewski told The Epoch Times on May 3.

Open the Books is an Illinois-based educational foundation that filed more than 40,000 Freedom of Information Act (FOIA) requests in 2020 for documentation of government spending at all levels to advance its goal of ensuring citizens have access to “every dime online, in real time.”

Andrzejewski was referring to a report published in August 2020 by Horizon Advisory, a strategic consulting firm, that found the massive outflow of U.S. tax dollars to companies with known links to the CCP.

Sen. Marco Rubio (R-Fla.), who was chairman of the Senate Committee on Small Business and Entrepreneurship at the time, inserted provisions designed to prevent such PPP loans from being awarded by the Small Business Administration (SBA).

Rubio’s reforms were adopted in a second round of PPP funding by Congress that was signed into law by President Donald Trump in December 2020.

Much of the PPP funding that ended up going to the CCP-linked firms could have been obtained easily from sources other than U.S. taxpayers, according to the report.

“Many of these firms, by virtue of their Chinese government support and connections to large PRC-based conglomerates, conceivably could access sources of capital from public or private markets to support their U.S. operations,” the report said.

Even so, the report, which received little mainstream media coverage when it was first published, continues to cause significant ripples in other news outlets, including Just the News, which on May 1 awarded the Department of Treasury and SBA its “Golden Horseshoe” award, a weekly designation for examples of waste, fraud, and abuse in federal spending.

Horizon Advisory’s analysis of PRC-owned or -invested entities that received loans through the SBA and Treasury Department PPP lending effort. The emergency loans were meant to support small businesses with economic hardship caused by the continued COVID-19 crisis.