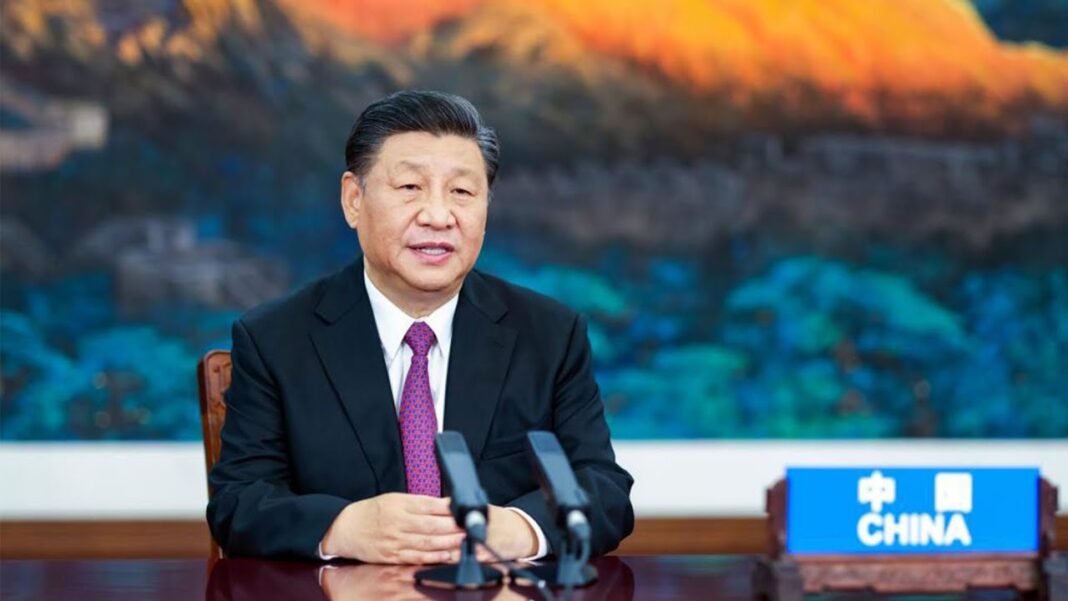 China’s leader Xi Jinping cemented his authority on Nov. 11 by directing the ruling Chinese Communist Party to approve a historic resolution that sought to place Xi as an equal among the most influential figures in the regime’s history.

“Establishing Xi Jinping’s core position to the Central Committee and the entire Party,” as well as the “guiding role” of Xi Jinping ideology, “has decisive significance to pushing the Chinese nation toward a grand rejuvenation,” senior Party officials said at the end of a four-day, closed-door meeting of more than 300 elite Party members in Beijing, according to a readout from the state media.

The resolution approved on Nov. 11 was the third of its kind that the regime has adopted during its 100-year history, effectively placing Xi alongside two of his most powerful predecessors: Mao Zedong, the communist regime’s first leader, and Deng Xiaoping, who oversaw the relaxation of some of the rigid central planning that allowed the Chinese economy to recover in the late 1970s.

At the meeting, known as the Sixth Plenum, Xi, who has now presided over the regime for nearly a decade, was credited for creating his own school of thought, which officials praised as the “essence” of “contemporary Marxism” and as the “spirit of the Chinese nation.”

Xi is expected to secure another five-year term in 2022 during the 20th National Party Congress, a move that would break a near-three-decade tradition of limiting Party leaders to just two terms.

Over the past several months, Xi has overseen an escalating political and economic reform campaign that has touched on an array of sectors across Chinese society, a move experts say served as one of the steps for him to secure his bid for another term.

The end-of-meeting communique was in part an effusive tribute to Xi. It said the Party under his leadership had “defeated a series of major risks and challenges” and had advanced the country toward a “historical transformation”—the examples it gave include Xi’s sweeping anti-corruption campaign, the remaking of Hong Kong, and the regime’s “dominant position” regarding Taiwan.