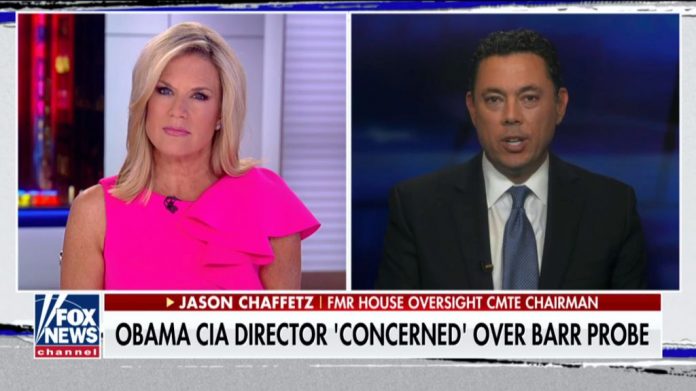 Chaffetz: Brennan has been implicated

On Fox’s the BREAKING Story, Jason Chaffetz commented on onetime CIA Director John Brennan‘s “concern” with Attorney General William Barr‘s role in investigating the origins of the Russia probe? Why? He says Brennan feels as he does because he’s “implicated.”

“The Trump administration … under A.G. Barr had been able to uncover there is a lot of evidence more than … smoking guns, there’s actual evidence out there,” Chaffetz said Thursday on “The Story with Martha MacCallum.”

“This is Attorney General Barr doing his job. It’s President Trump doing his job to get to the bottom of this.”