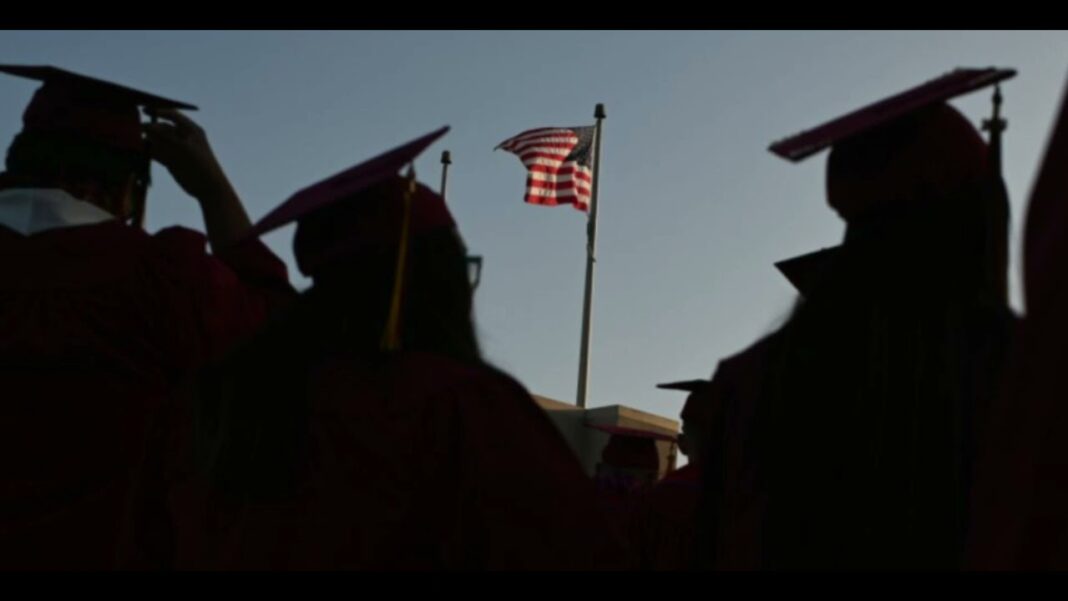 The Right Wire Report recently reported that youth test scores plummet to the lowest levels since 1991 – see here. Not surprisingly, college enrollments are heading in the same direction.

A college degree is becoming more important as the demand for higher skills sharpens. The drop in college enrollment – which is especially steep for Black and Latino students – is bad news for both the higher education industry and broader social mobility. Undergraduate college enrollment overall fell by nearly 5% in the spring of 2021 compared to the year before, according to data recently published by the National Student Clearinghouse.

Two-year community colleges, which typically enroll more low-income students and students of color, were by far the hardest hit, making up more than 65% of the total enrollment losses this spring. Community college enrollment dropped by 9.5% this spring, with a loss of 476,000 students. See this in the chart below and learn more here.

Looking at college enrollment on a historical basis, they have gone up steadily until about 2010-2012. Since then, they have plateaued and even started to decline. See this in the chart below and learn more here.

Another alarming statistic is the racial demographic trends in enrollment. Racial minorities over the past few decades have been in a steady decline, despite the endless call for racial justice and the many programs set up by government to address the situation. One can see it now, the calls of systematic racism. See this in the chart below.

The question is, why the drop in college enrollments? The first obvious reason is that college tuition has been going up at astronomical rates. With family budgets under stress, colleges have simply priced themselves out of the market for many. With many potential college students being required to take on so much debt to attend, many are questioning the value. See this in the chart below and learn more here.

The 2012 period was an interesting time. If you recall, it was President Obama’s second term, and the focus at the time and his administration were on the rise of the Social Justice Warrior and racially charged incidents like George Zimmerman. Many of the events at that time were encouraged by President Obama – see here Obama’s comments on Trayvon Martin, who was killed by Zimmerman that was ruled not guilty. Obama weighed in on the trial saying, “Trayvon Martin could have been me 35 years ago,” suggesting racial injustice.

We mention this because from the start of the 2012 period until now, the youth have been intensely focused on social issues and, frankly, not their educational studies. Furthermore, the environment in which the youth must live has been highly problematic, with the ongoing declines in traditional families, rising crime, racial victimology, and declines in educational standards via woke policies. Could this have anything to do with recent declines in college enrollments?

Regardless, these declines in college enrollments are alarming. If the youth do not have the educational skills for an ever-increasing technological world, the future of America is in peril.