Home Keep Up Immigration Chart of the Day: “Great Replacement Theory” Replay – What Does the... 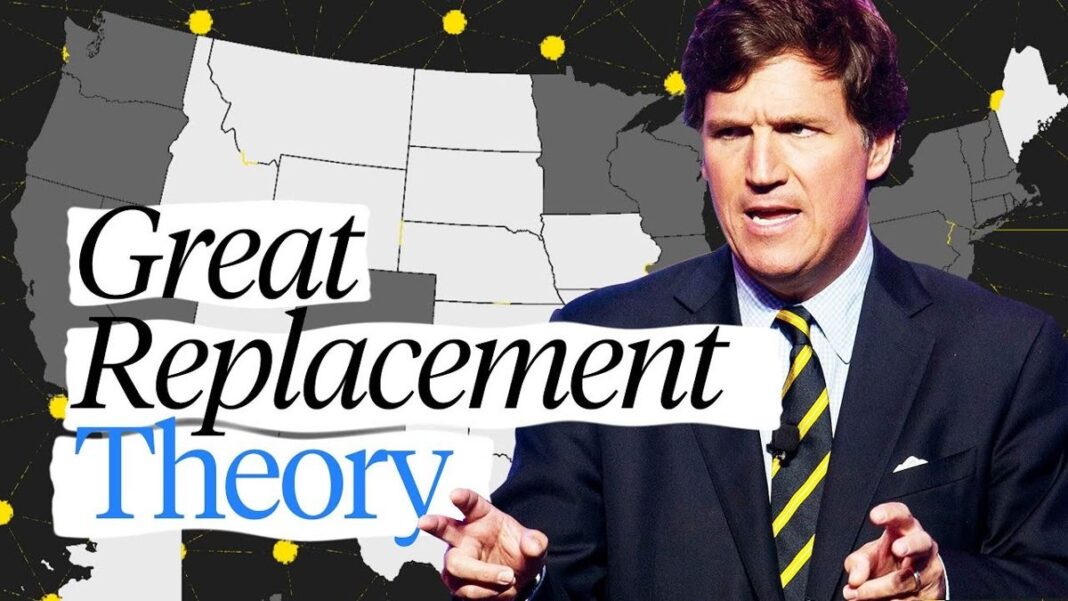 Immigration authorities are reporting the highest-ever daily number of migrants entering the United States along the southwest border, according to the Department of Homeland Security. Immigration has recently come into focus with many Red border states starting to send illegal immigrants to northern Blue states – i.e., the Martha’s Vinyard debacle.

The Democrats’ argument is that their open border policy is humanitarian in nature. Many conservatives suggest that Democrats tout open border policy to get more votes, as the belief is that immigrants will vote Left – especially if baited with generous social benefits. This is often called the “Great Replacement Theory.”

In short, the “Great Replacement Theory” is a conspiracy theory that states that non-white individuals are being brought into the United States and other Western countries to “replace” white voters to achieve a political agenda. It is often supposedly touted by anti-immigration groups, white supremacists, and others, according to the National Immigration Forum.

To the horror of many on the Left, when Tucker Carlson on Fox explained this theory on a major TV outlet, the mainstream media lost their minds. Subsequent charges of racism and white supremacy charges ensued. Here is Tucker Carlson’s video, which is now rather hard to find on YouTube now, as the Left tries to censor videos like this.

Aside from the media spin, what does the data say?

More than 23 million U.S. immigrants were eligible to vote in the 2020 presidential election, making up roughly 10% of the nation’s overall electorate – both record highs, according to Pew Research Center estimates based on Census Bureau data – learn more here.

Growth in the foreign-born eligible voter population reflects two broad U.S. population trends. First, the number of immigrants living in the U.S. had increased steadily since 1965, when the Immigration and Nationality Act became law.

With the 2022 midterm elections on the horizon, the map below uses data from the Current Population Survey to show which states’ electorates are changing most rapidly. In swing states where close races are expected to take place, the extent to which changing electorates can be activated by each campaign may ultimately help determine who wins and loses come November. See below the changes between 2016 and 2022 – see here an interactive map of the same thing.

But how do immigrants vote?

There have been many studies done on which way immigrants vote. It is clear that the majority of immigrants vote Left. See below recent data from the 2016 presidential election. Here is another from Pew.

Many conservatives are being sold that the new immigrants coming to America are not necessarily Leftists and won’t vote Democrat. In fact, Trump got more non-white votes than many of his predecessors. This may be true, but it is not enough to overtake those who do vote Democrat. See a recent chart below and learn more here.

One idea is that first-generation immigrants may vote Democrat who touts open border policies to get their friends and family to join them and then shift Right once settled. But again, if there is a steady flow of new immigrants, this may be flawed thinking, notwithstanding that immigrants, in general, still essentially vote Left.

Whether the “Great Replacement Theory is a secret plot by the Democrats or not, the open border policies of the Democrats will cause American politics to shift Left for many decades to come.