Home News U.S. Energy & Climate Chart of the Day: What is Killing All Those Birds? 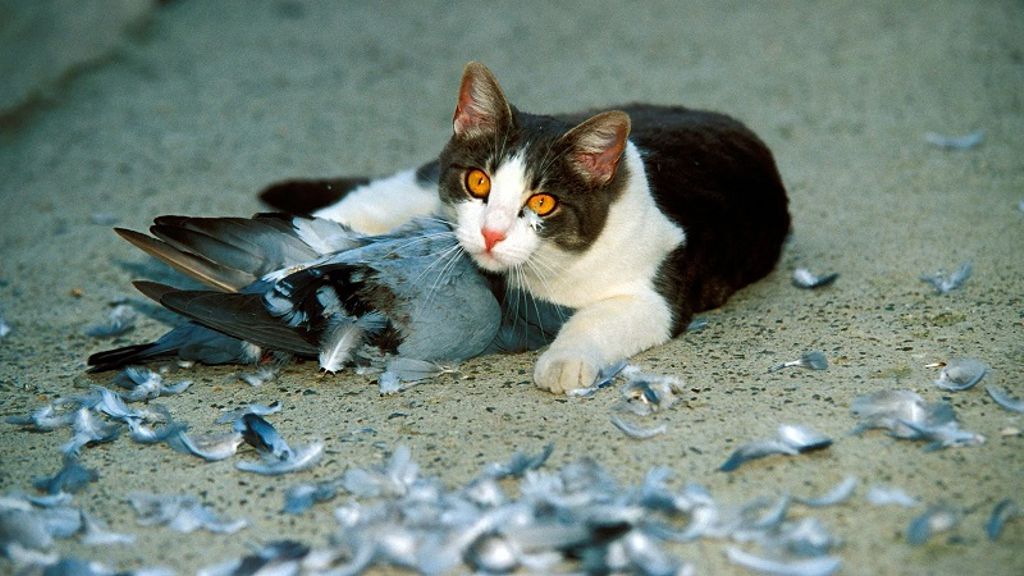 We have all heard stories about how energy companies have been killing birds with all their new energy infrastructure – specifically, wind turbines. Is there merit to this assertion?

Killing birds is no joke – it can cost energy companies a lot of money.

The story of an oil company made to pay $600,000 for the death of 85 birds is true. It refers to a 2009 court case involving Exxon Mobil. The American oil giant was charged for the deaths of protected migratory birds that landed in the company’s wastewater ponds in five US states. The company was charged with violating the Migratory Bird Treaty Act (MBTA), a law that protects more than 1,000 species of birds on US soil.

So what is killing all those birds?

Looking at the best data one kind find, a very different story appears. See who the culprits are in the chart below and learn more here and here.

So it appears our feline friends are the bigger culprit when it comes to killing birds. It also appears that some of our older technology existing today is just as much of a problem as windmills. However, some would argue that cats are part of nature and should not be part of this analysis.

But the battle in terms of wind turbines doesn’t stop at killing birds. The WSJ reports Wind Project Sparks Battle in Rural Ohio.

A fight over a big wind project in central Ohio has become so contentious that some neighbors, longtime friends, and even family members have stopped talking to each other.

The 300-megawatt Apex Clean Energy project, which could cover a swath of the county with 50 to 60 wind turbines that reach up to 650 feet high, is being put to a vote in a referendum in November. The referendum is the first countywide vote related to wind or solar development in Ohio, where a total of 10 counties passed resolutions this year banning such projects.

Apex has leased land in Crawford County for the past several years. But an anti-wind group gained momentum this year, and in May, county commissioners passed a resolution by 2-1 vote banning wind projects under a state law passed last year that allows counties to ban wind and solar projects.

The resolution nearly killed the project, known as Honey Creek Wind. But a political-action committee funded by Apex gathered enough signatures this summer to put the resolution itself to a countywide vote in November.

This landmark case will set the scene for future “clean energy” projects nationwide in America. At least the birds can breathe a bit longer until the vote. In the meantime, if you are a bird … “meow.”