A reporter with the Daily Caller and Judicial Watch sued Chicago Mayor Lori Lightfoot and said she refused to grant an interview based on the reporter’s race.

Thomas Catenacci, who is white, said he sought an interview with the Democrat mayor, who did not respond to multiple requests for an interview. Earlier this month, Lightfoot said she would give interviews to “black or brown” reporters to mark the second anniversary of her swearing-in.

Now, the Daily Caller News Foundation and Judicial Watch on Thursday filed a suit in the U.S. District Court for the Northern District of Illinois, Eastern Division, alleging the Lightfoot may have violated the First Amendment rights of the news outlet and Catenacci, as well as his right to equal protection under the 14th Amendment.

Catenacci alleged on Twitter that Lightfoot engaged in “racial discrimination” after she “denied me an interview based on my race.”

According to the suit, he attempted to interview Lightfoot about COVID-19 vaccines and other topics.

The lawsuit then stated that “Lightfoot’s office has not responded” yet to “Catenacci’s request nor has Mayor Lightfoot agreed to an interview with Plaintiff Catenacci.” Lightfoot, the lawsuit alleged, denied the reporter’s request by not responding in a “timely manner,” and it said she is aware that Catenacci is “not a journalist of color” based on “information and belief.” 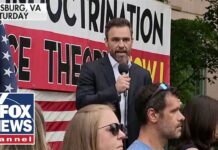 Tackling Critical Race Theory: What It Is and Where It Is Being Banned 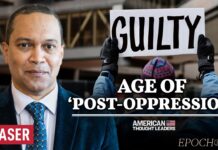 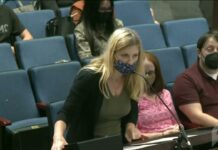