The Chinese regime denied on Monday that lab staff in Wuhan were infected with COVID-19 before the pandemic, in response to a question about a WSJ report.

On May 23, the Wall Street Journal reported on an undisclosed U.S. intelligence report about three researchers at the Wuhan Institute of Virology (WIV) who sought hospital care with COVID-19-like symptoms in November 2019—one month before the onset of the “patient zero” identified by the CCP regime.

The regime asserted again that the CCP virus originated outside China.

Zhao Lijian, the spokesman of the Chinese Foreign Affairs Ministry, accused the United States of releasing the CCP virus from Fort Detrick military base in Maryland during a news briefing in Beijing on May 24.

Zhao ignored the fact that the CCP (Chinese Communist Party) virus, commonly known as novel coronavirus, started infecting people in Wuhan, central China’s Hubei Province, where the WIV is located, in late 2019. All of the first patients in other countries were infected weeks later and were connected to Wuhan directly or indirectly.

Zhao repeated the CCP’s claim that: “The WIV hadn’t been exposed to novel coronavirus 2019 before Dec. 30, 2019. Until now, the staff and students at WIV keep a zero-infection record.”

On Jan. 15, the U.S. state department released a fact sheet about the WIV, in which it said: “The U.S. government has reason to believe that several researchers inside the WIV became sick in autumn 2019, before the first identified case of the outbreak, with symptoms consistent with both COVID-19 and common seasonal illnesses.”

Dr. Anthony Fauci, head of the U.S. National Institute of Allergy and Infectious Diseases (NIAID), told PolitiFact on May 11 that he is now “not convinced” that COVID-19 developed naturally.

Dr. Rochelle Walensky, director of the Centers for Disease Control and Prevention (CDC), said in Senate testimony on May 19 that it “certainly” was “one possibility” that the CCP virus could have originated in a laboratory.

White House Press Secretary Jen Psaki said at a press briefing on May 24 that the government still needs to do more research. “We don’t have enough information to draw a conclusion of the origins. There is a need to look into a range of options. We need data, we need independent investigation.” 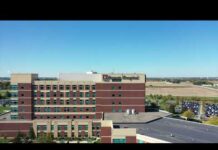 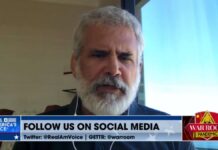 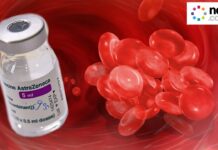