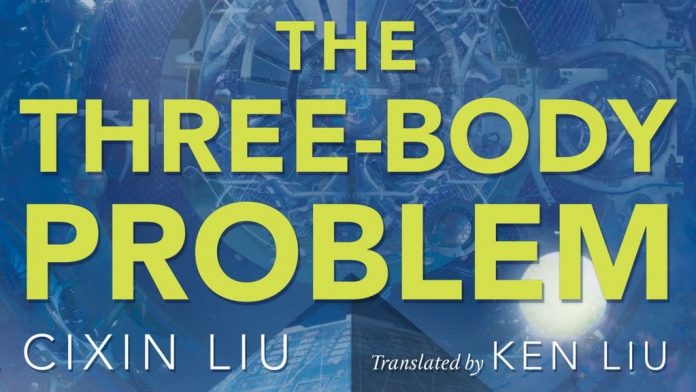 One of the many things I learned from reading “The Three-Body Problem” is that it’s OK for China to harm the world in order to save it.

In Cixin Liu’s extraordinary science fiction novel “The Three-Body Problem,” China recklessly creates, then ingeniously solves, an existential threat to humanity by establishing contact with the planet Trisolaris and then thwarting a Trisolaran invasion.

I remember thinking it was an odd plot structure when I read it last year. This is not how sci-fi plots work in Western literature. The bad guys (the Germans, the Russians, the Chinese or just the aliens) do bad stuff and then the good guys (they speak English) save the world. One of the many things I learned from reading “The Three-Body Problem” is that, in this respect as in so many others, China is different. It’s OK for China to cause a global disaster in order to save the world.

The nonfictional threat to humanity we face today is not, of course, an alien invasion. The coronavirus SARS-CoV-2 does not come from outer space, though it shares with the Trisolarans an impulse to colonize us. The fact, however, is that the first confirmed case of COVID-19 was in China, just as the first messages to Trisolaris were sent from China.

You may, if you are gripped by our current decadent obsession with cultural inclusivity and sensitivity, not like the fact that Donald Trump called it “the Chinese virus.” But he is as entitled to call it that as people in 1968 were entitled to refer to the influenza A (H3N2) pandemic of that year as the “Hong Kong flu,” because Hong Kong was where the first case was recorded.

As in “The Three-Body Problem,” China caused this disaster, but now wants to claim the credit for saving us from it. Liberally exporting testing kits (some of which don’t work) and face masks (most of which probably do, but I still got ours from Taiwan, thank you very much), the Chinese government is intent on snatching victory from the jaws of a defeat it inflicted.

Not only that, but the deputy director of the Chinese Foreign Ministry’s Information Department had the gall to endorse a conspiracy theory that the coronavirus originated in the United States. On March 12, Zhao Lijian tweeted: “It might be [the] US army who brought the epidemic to Wuhan.” Zhao also retweeted an article claiming that an American team might have brought the virus with them when they participated in the World Military Games in Wuhan last October.

2/2 CDC was caught on the spot. When did patient zero begin in US? How many people are infected? What are the names of the hospitals? It might be US army who brought the epidemic to Wuhan. Be transparent! Make public your data! US owe us an explanation! pic.twitter.com/vYNZRFPWo3

This article is very much important to each and every one of us. Please read and retweet it. COVID-19: Further Evidence that the Virus Originated in the US. https://t.co/LPanIo40MR