Chinese military scientists in 2015 detailed a plot to unleash a bioengineered SARS coronavirus to cause mass terror and advance the communist regime’s global political ambitions.

These newly uncovered revelations come amid intensifying scrutiny over the possibility that the COVID-19 pandemic originated from a laboratory leak in Wuhan, an institute that has collaborated with the Chinese military.

The Chinese military scientists’ theories were detailed in a 2015 book, first reported recently by News Corp’s The Australian. The scientists advocated for the weaponization of pathogens, including SARS coronaviruses, to “cause terror and gain political and strategic advantage” over an enemy state.

The SARS epidemic from 2002 to 2003 infected 2,769 and killed 425 people outside of mainland China, according to data from the World Health Organization (WHO). Experts say the numbers inside China are likely much higher than officially reported.

The 261-page book titled “The Unnatural Origin of SARS and Genetic Weapons Based on Man-Made Viruses,” was published in February 2015 by the Military Medical Science Press, a publishing house owned by the Chinese military, the People’s Liberation Army (PLA).

“The development of bioweapons has entered into an unprecedented new stage in history,” the authors wrote.

The authors went on to implore Chinese experts to “understand and pay attention to contemporary genetic weapons” for any possible future wars, including in the advent of a third world war.

The “contemporary genetic weapons” the authors wrote about refers to using experimental biotechnology and animal testing to modify the genes of pathogens, which could be tailored to target the specific genetic traits of enemy populations.

Deploying such bioweapons would be more advantageous than using conventional warfare and military actions, the authors argued, because military moves can be traced back to the state and result in international condemnation. 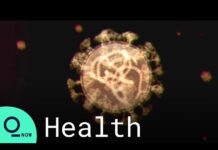