China had two intense earthquakes in the past two days, with at least 2,754 foreshocks and aftershocks affecting areas across western China. Many residents in quake-hit areas of Yunnan and Qinghai provinces told The Epoch Times that they had to take rescues into their own hands as help didn’t arrive soon enough.

They also said that many houses are also no longer safe to live in and that local residents had to set up temporary tents in the streets and were taking risks themselves to collect necessities from their damaged houses due to a lack of aid.

“Almost all old houses collapsed. The others are cracked,” hotel owner in Yangbi county Zhaluo (pseudonym) told the Chinese-language Epoch Times on May 22. “I’m scared. We have to self-rescue with our friends and relatives.”

They also said they were hearing updates passed from neighbors that many people were injured during the earthquakes. But official news channels controlled by the ruling Chinese Communist Party (CCP) announced only limited cases in injury.

Yangbi county in southwestern China’s Yunnan Province was hit by a 6.4 magnitude earthquake late May 21, near the border with Burma about 20 miles northwest of Dali. The quake came from a depth of eight kilometers (five miles), killing three and injuring 28, according to the China Earthquake Networks Center.

A resident from Tiezhu Road, Cangshan West Township in Yangbi, told the Chinese-language Epoch Times on May 22: “The regime didn’t set up a relief tent here. We just went back home to find something to eat when it was relatively calm (without aftershocks). Some people had nowhere to go and sat on the side of the road at night.”

On May 23, state-run Global Times, quoting Chinese earthquake experts, and reported that there are at least 1,585 foreshocks and aftershocks at Yangbi, with the strongest one registering as a 5.6 magnitude quake that struck about 27 minutes before the 6.4 magnitude quake. 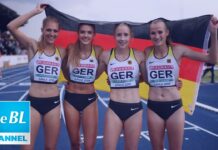