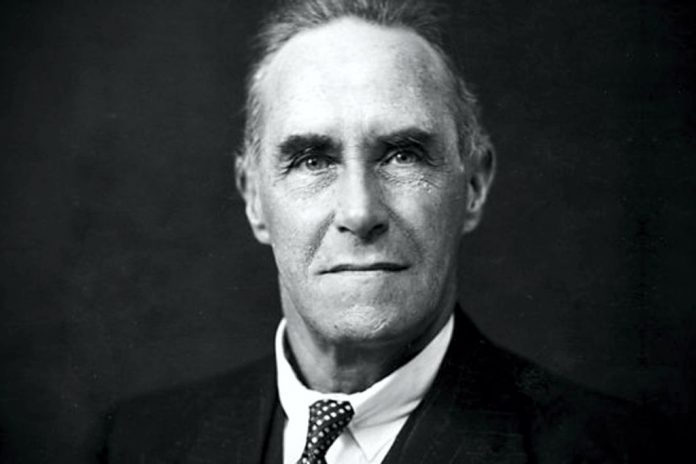 “No doubt since the Armistice, or perhaps before it, the military atmosphere there was anti-Jew and pro-Arab. They moved in the society of the effendis, the ex-Turkish officials owning large acres; the old lords of the country. They liked them. They got on with them. They listened to their views, and when the Noble Lord and the right hon. Gentleman get up in this House and tell us what are the views of the Arabs about the Jews, how bitterly hostile they are, they are voicing the views of the Arab effendis, the old officials of the Turkish Government. These people hate the Jews, and for a perfectly good and sufficient reason. The Jews go in from Rumania, Russia, Poland, and go in not only as Jews but as outposts of Labour ideals, of Western ideas of civilisation, they plant themselves down in Palestine. The first thing the Jew does is to start a trade union. The next thing he does is to try and get the uneducated and unskilled Arabs to join him in raising wages. There is nothing on earth that any governing class hate more than the ignorant, stupid, slavish proletariat getting ideas as to what wages it ought to get. These wretched Jews, these Bolshevik Jews, start telling the Arabs they ought to get more wages when they are working on Government contracts. Hitherto the effendis have had the time of their lives, getting the Arabs to work for them and swindling them of their pay. This sort of thing has gone on in these Eastern countries for countless centuries. Now that the westernised Jews go into the country and teach that this is not what the working classes ought to put up with the effendis do not like it. They pass it on to the Noble Lord (Earl Winterton) at dinner. The officers of the British Army burn with zeal when they think of it. Naturally, of course, they, like the effendis, like to get their labour cheap; they do not like these new ideas; their life becomes more expensive.

… The Jews here are an Eastern race. The Jews in Palestine are the pioneers of Western civilisation, breaking in upon the immemorial slumber of the ages. It is these horrible new Europeans that are the victims of the pogroms! It is not the Arab cultivator that hates them. He works in with the Jews quite nicely, is good friends with the Jews and does not quarrel with them. The Noble Lord, I think, really ought to know that most of the Arabs are pastoral, not cultivators. They wander to and fro on the earth, and are not likely to be injured by close connection with the Jewish element. It is not the poor country Arab at all who counts for much.The people who count are these financial Arabs who have been in the custom of swindling the inhabitants of Palestine. They hire the cheap labour, and are in favour of killing off the new agitators and emigrants. All these things work up together, and the effendi uses, them for his own purpose to stir up the low class Arab into murdering the Jews—and that is the history of pogroms all over the world.

…He stirs up the “black hundreds” to butcher the Jews, and on the first occasion of these riots the Government immediately stopped the influx of more Jews into Palestine. That is the worst possible policy to pursue. That is putting a premium on the pogroms. If you stop more Jews going in, that is exactly what the effendis want—to keep Palestine a preserve for the old ideas. When you give these people what they want in return for murdering the Jews you are likely to require more than 5,000 troops there. Unfortunately, Sir Herbert Samuel gave in to the Arabs. I hope if he has to choose again he will pay a little less attention to the evidence that is being concocted to prove that Jewish agitators 309 and Bolsheviks came straight from Lenin at Moscow.

There is one way in which you can protect the Jews without throwing any administrative charge upon the revenues or the taxpayer of this country, and without increasing the garrison of 5,000 English troops; and that is by simply allowing the Jews to form a defensive force of their own. They had an excellent regiment during the War. That regiment did admirable service. At the end of the War the military administration, as it then was in Palestine, immediately disbanded it. Let them form their own regiments. The Palestinian Jews and the Zionist organisation are perfectly prepared themselves to find the money for the equipment for the troops. Give them a chance to defend their own settlements and we shall hear much less of this danger spot in the East. It is not necessary to fear that they will attack the Arabs. The Jews are a most peaceable people. They know the minority is always unwise to attack the majority. At the present time all the police of that country are Arabs. These Arab police stimulate others to assist in massacring the Jewish inhabitants. The danger for the Jews is very real.”
~ Colonel Josiah Wedgwood, June 14, 1921 via Middle Eastern Services