Home Keep Up U.S. Elections Complaint Challenges Use Of Zuckerberg’s $250 Mil By Cities To Impact Election... 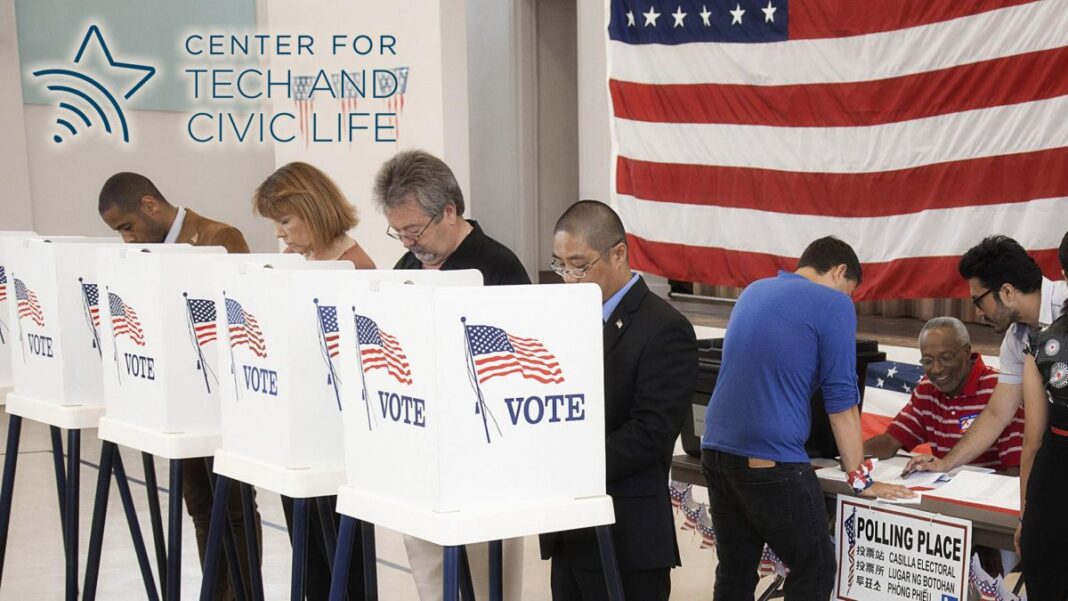 MADISON, Wis., Sept. 10, 2020 /PRNewswire/ — Today, the Wisconsin Voters Alliance filed a complaint with the Wisconsin Election Commission in response to millions of dollars being funneled by the Center for Tech and Civic Life (CTCL) to five Wisconsin cities which, past data show, vote overwhelmingly for Democrats. These grants are intentionally limited to these heavily Democratic areas for the purpose of boosting voter turnout there in a clear effort to sway the election statewide.

“We’ve seen government playing favorites in elections before,” explained Phill Kline, Director of the Amistad Project of the Thomas More Society, representing the Wisconsin Voters Alliance. “Through much of last century, southern states made it difficult for blacks to vote and easy for white citizens to vote, promoting racism in the manner that they orchestrated their elections. Government targeting a demographic to increase turnout is the opposite side of the same coin as targeting a demographic to suppress the vote,” Kline added.

CTCL is a left-leaning election activist group pushing major government voting initiatives in Democratic strongholds, which raises alarms about the integrity of the November election and demonstrates a present danger in allowing private groups to influence elections. CTCL boasts that its major funding sources include Google and Facebook, and the group just recently received a contribution of $250 million from billionaire Facebook founder Mark Zuckerberg and his wife.

Cumulatively, CTCL has thus far granted $16.3 million to the five cities in Wisconsin and Philadelphia, Pennsylvania, which had cast over 82% of their over one million combined total votes for Hillary Clinton in 2016. President Trump won Wisconsin by 22,748 votes and Pennsylvania by 44,292 votes that year.

In Wisconsin, CTCL has granted a total of $6.3 million in municipal funding from private sources to the Cities of Green Bay, Kenosha, Madison, Milwaukee, and Racine. The grants were issued directly to the cities and not the Wisconsin Elections Commission, which is responsible for managing elections throughout the state. A plurality of the funds — about 40% — went to support both vote-by-mail and early voting efforts. Around $1 million went to “voter outreach and education efforts.”

“This initiative by CTCL is clearly designed to provide a boost in registered voters, limited only to traditional leftist strongholds, in a critical swing state that is likely to determine the outcome of the presidential election on November 3, 2020,” Kline said. “Allowing private monies to control state spending on voter turnout is an invitation to the state to engage in partisan politics in the operation of elections. This represents a present danger to favor one class of voters at the expense of others and attempt to pick winners and losers in the election this year,” he concluded.

The Complaint alleges that the use of the funds violates Wisconsin law prohibiting the provision of monies to election officials to induce persons to vote or influence an election outcome.

The Wisconsin Voters Alliance is requesting that the Wisconsin Election Commission immediately prohibit the inappropriate use of the funds granted by CTCL to the five cities in the state and will reserve all legal options to ensure safe and fair elections throughout the State of Wisconsin.

Kline said the group plans to appeal any adverse Commission decision to the District Court and at that time will add claims that the spending of funds in this fashion violates the Elections Clause of the United States Constitution and is a violation of equal protection.

For more information on this and related issues, go to: got-freedom.org.