In this special report, we explore how compatible traditional Chinese culture is with western civilization—and question whether Confucius or Karl Marx is to blame for the clash between China and the free world.

Some frame the West’s conflict with China as a clash of opposite societies. The theory was first brought about by American political scientist Samuel P. Huntington in the 1990s. He argued that people’s cultural and religious identities would be the primary source of conflict in the post-Cold War world.

But what defines the society they’re talking about? Is it China’s 5,000 years of culture, deeply influenced by Confucianism, Buddism, and Daoism? Or is it the communist ideology that’s occupied China for the last hundred years?

Tune into this special report as we explore those questions and more. 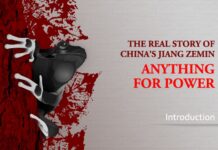