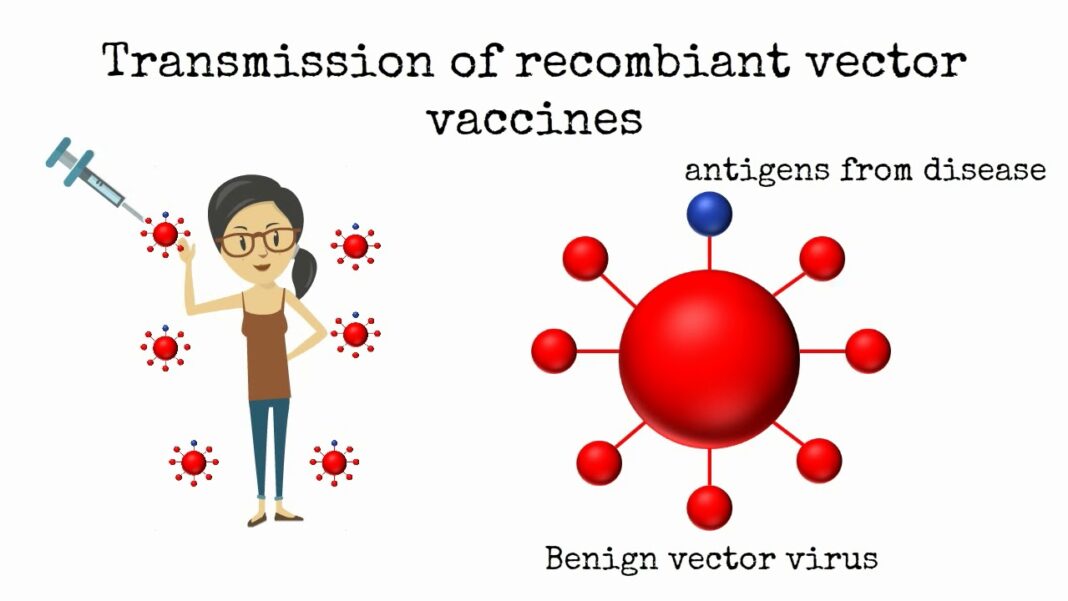 For two decades scientists have been quietly developing self-spreading contagious vaccines. The NIH funded this research, in which either DNA from a deadly pathogen is packaged in a contagious but less harmful virus, or the deadly virus’s lethality is weakened by engineering it in a lab.

The resultant “vaccines” spread from one person to the next just like a contagious respiratory virus. Only five percent of regional populations would need to be immunized; the other ninety-five percent would “catch” the vaccine as it spread person-to-person through community transmission.

This technology bypasses the inconvenience of recalcitrant citizens who may refuse to give consent. Its advocates highlight that a mass vaccination campaign that would ordinarily take months of expensive effort to immunize everyone could be shortened to only a few weeks.

Scientists have already shown proof of concept in animal populations: in 2000, Spanish researchers injected seventy rabbits with a transmissible vaccine and returned them to the wild, where they quickly passed the vaccine on to hundreds more, reportedly stopping a viral outbreak. European countries are now testing the technology on pigs.

In the wake of the covid pandemic, about a dozen research institutions in the United States, Europe, and Australia are investigating the potential human uses for self-spreading vaccines. The federal Defense Advanced Research Projects Agency (DARPA), for example, is examining this technology for U.S. military to protect against the West Africa lassa fever, a virus spread by rats to humans. This project, it should be noted, does not require the consent of our military service men and women.

In 2019 the UK government began exploring this technology to address the seasonal flu. A research paper from Britain’s Department of Health and Social Care advised that university students could be an obvious target group:

They do not work so [vaccinating them] will not cause much economic disruption and most have second homes to go to, thereby spreading the vaccine.