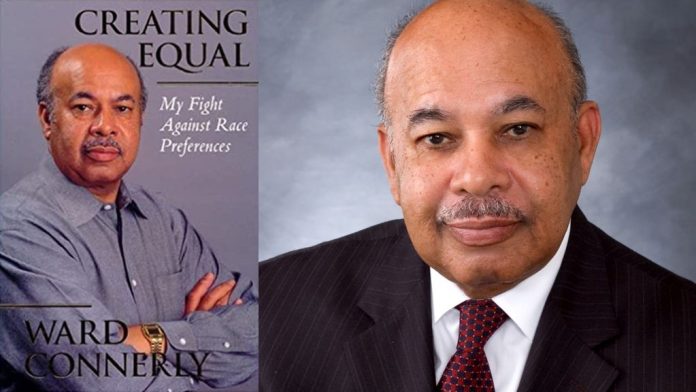 Ward Connerly is a crusader, but a crusader who has picked the a battle that matters.

A black man born in the south but raised in the West, Connerly becomes a unique figure in the fight for equal rights against racial preferences. Creating Equal: My Fight Against Race Preferences, part autobiography and part political memoir, is his telling of the events leading up to and surrounding that fight. It is a quick and accessible read, and Connerly proves to be an able storyteller, quick to turn a phrase and propound his opinion with anecdotes and colorful observations in the moment. Of the many of observations that intersperse Connerly’s narrative, he often seems intent on using them to demonstrate the hypocrisy and duplicity of his opponents, especially as it regards race and preferential treatment.

Creating Equal: My Fight Against Race Preferences is a quick and accessible read. Connerly proves to be an able storyteller, quick to turn a phrase and propound his opinion with anecdotes and colorful observations in the moment. Of the many of observations that intersperses Connerly’s narrative, he often seems intent on using them to demonstrate the hypocrisy and duplicity of his opponents, especially as it regards race and preferential treatment.

To be clear, I doubt that Creating Equal will persuade you to change your ideological biases, unless, perhaps, you are either one of those rare individuals that sits on the fence or a part of the legion of the majority that tends to be uninformed on the racial preferences. For myself, I opened the book predisposed to support the American creed of equality before the law and found in Connerly’s words support and reason for that belief. Connerly’s logic is simple and easy to follow: while Affirmative Action was intended to correct racial injustice in American political institutions, the unintended consequence was to insert preferences against certain racial groups (for example, those of Hispanic or Asian origin) in favor of less qualified individuals who happen to belong to particular racial groups. Further, by institutionalizing such preferences in, for example, the higher education system of states like California, we are not only supporting inequality for all Americans, but racially discriminating against many. It’s almost an afterthought for Connerly that such preferences tend to hurt those very racial groups that they favor more than they help.

Not surprisingly, given that Connerly is black himself and took a leading role in leading the fight to remove racial preferences, first from the California Board of Regents and later in state by state initiatives, some of the most vociferous critiques against equality came from blacks who viewed Connerly as a traitor. Connerly seemed to take relish reciting anecdotes about racial slurs twisted against him by other blacks. The irony never escapes him.

Connerly’s mission is one born of logic and reasoning, and he never hesitates to point out that even when equality lost the fight in a state (as in Florida, which he called a death “by a thousand cuts,”), voters don’t hesitate to support him when the plain language is put before them. His targets for critiques aren’t limited to Democrats or racial preferences’ supporters–both George and Jeb Bush (as well as Karl Rove) receive their share of his ire for their unwillingness to man up for equality in their states when the politics of their future did not support it.

Creating Equal: My Fight Against Race Preferences is short, written with Ward Connerly’s flare for the dramatic, and should be a valuable addition in the history of American political thought. What it lacks in-depth, statistics, and balance it more than makes up with a narrative that persuasively describes why all Americans should care about equality. America was founded on the idea that all men and women should be treated equal before the law. If there are failings among certain groups–especially due to race–the changes need to be made where effects can be felt: in our public schools. Setting quotas that consider race, however, does not and will not assist in bringing more disadvantaged individuals out of poverty. Rather, it just prevents Americans as a whole from experiencing equal opportunity.