A Philadelphia-based radio personality, Chris Stigall, told The Epoch Times that critical race theory (CRT) is not only showing up in our schools and military but also in other places—even in churches. He believes that CRT is the racial version of Marxism.

Stigall hosts two different radio shows each day and produces a daily podcast as well. According to his website, “Talkers Magazine” has listed him as one of the “100 Most Important Radio Hosts in America” since 2009.

For the past week, Stigall has produced multiple programs on one topic: CRT. He told The Epoch Times that by the time he was able to return to church and his children were able to return to school after the lockdowns last year, he felt as though something radical had hijacked these institutions.

According to criticalrace.org, “critical race theory is an academic movement which seeks to link racism, race, and power … Critical race theorists argue that American social life, political structures, and economic systems are founded upon race, which (in their view) is a social construct.”

In his opinion, CRT is a “purposeful provocation … It pits people against one another, from day one, just by virtue of who they are.” And he believes that this is totally antithetical to everything that America has striven to achieve as individuals.

Because of CRT teachings in schools, Stigall decided to pull his youngest child out of the public school system. He said his youngest child is still quite impressionable, and he doesn’t want her to be steeped in this toxic ideology. 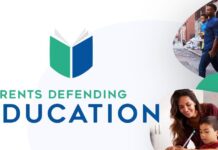 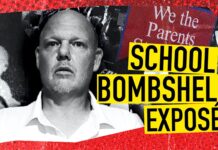