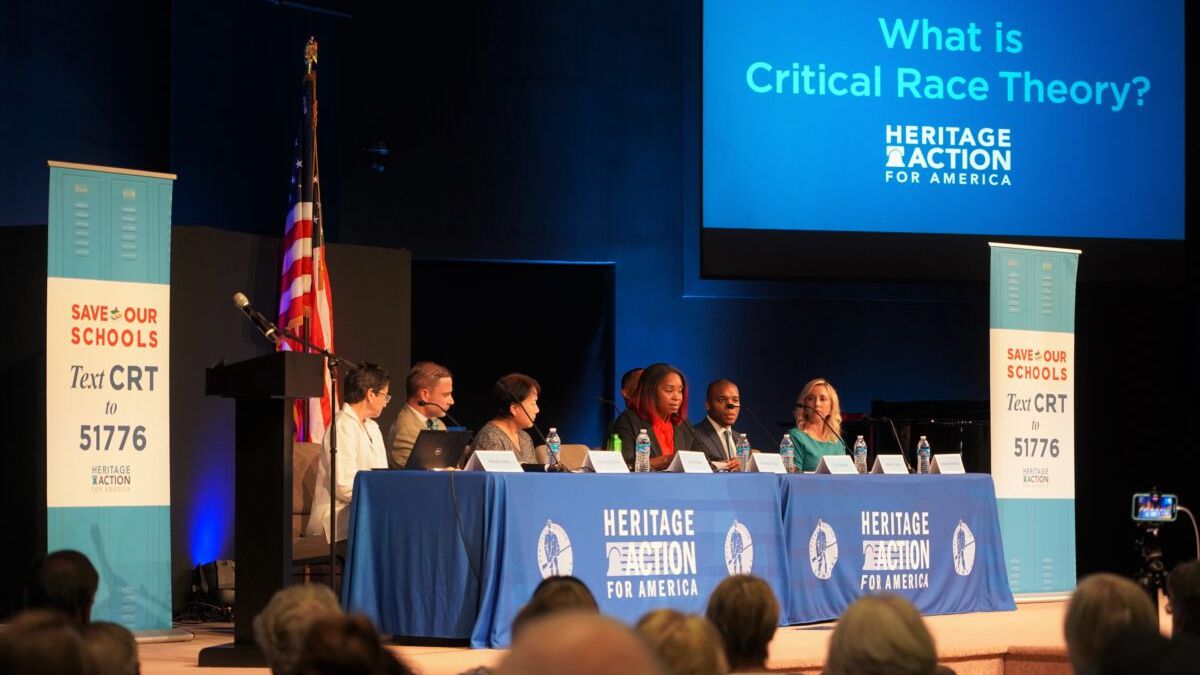 The Heritage Action for America, a partner organization of the Heritage Foundation, hosted a panel discussion on critical race theory (CRT) in Georgetown, Delaware, on July 29. Six speakers stressed the dangers of CRT and how it has penetrated American society. One speaker compared the similarities of CRT and China’s Cultural Revolution.

About 500 people attended the event in person, while thousands watched it via livestream.

At the beginning of the panel discussion, Jonathan Butcher, senior policy analyst at The Heritage Foundation, talked about the history of CRT and what it’s all about. He said CRT, an offshoot of Critical Theory from the neo-Marxist Frankfurt School, is built upon Karl Marx’s ideas and has slowly and methodically worked its way into American society, infecting the education system, workplace, military, and everything in between. He added that CRT is destructive and advocates for the exact opposite of what it claims to be—treating individuals differently based on the color of their skin.

CRT adherents believe America is systemically racist, that racial oppression exists in every institution, and an individual is either an oppressor or oppressed based on the color of their skin. They reject the idea that America has strived, for more than two centuries, to fully live up to the founding creed that all men are created equal and should be treated so under the law.

Keynote speaker Xi Van Fleet told the audience that America is starting to feel like communist China during the Cultural Revolution—a sociopolitical movement that occurred between 1966 to 1976 under former Chinese leader Mao Zedong.

“We have been seeing that America is going the wrong direction,” she said, in reference to CRT.

Van Fleet was attending elementary school as a first-grader when the Cultural Revolution began. After she completed her education, the Chinese Communist Party (CCP) forced her and other young adults to work in the countryside for three years.

After the panel discussion, Van Fleet told The Epoch Times, “It’s the same tactic; it’s Marx’s tactic. So what they do is to create chaos. As Mao said, ‘When the worst chaos emerges, that is when the greatest control can be achieved.’ They want to create chaos so that they [can] overthrow the existing system. … Cancel culture is the same because what the people [want to] do here is to overthrow the American founding [principles], just like [in] China–to overthrow the traditional culture and our civilization.”

“I did not really want to go … public. It is difficult for the Chinese; most of us would rather be quiet. But now I feel like it’s really not about me. It’s about America.”

She continued, “I want Americans to know that what’s happening today is communism taking over.”

By Lily Sun and William Huang