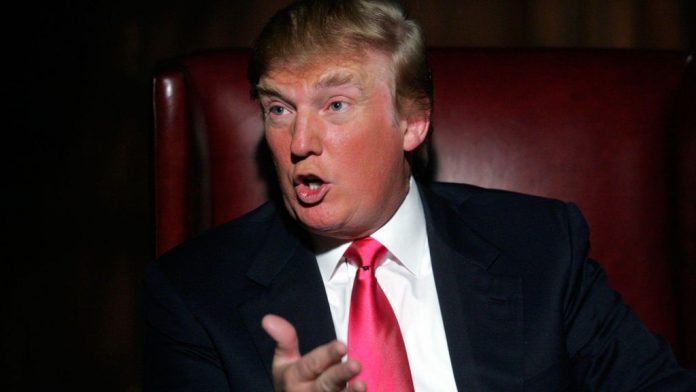 Donald Trump came on the political scene as a joke – a semi-serious reality TV star who fired his show participants. The political elites assured themselves his decision to run for President was merely a publicity stunt to boost his ratings and more importantly his ego.

Donald Trump came on the political scene as a joke – a semi-serious reality TV star who fired his show participants. The political elites assured themselves his decision to run for President was merely a publicity stunt to boost his ratings and more importantly his ego.

Step by step, doubt by doubt, the good ole boys and girls convinced themselves he’d drop out at this stage or the next. He kept coming, becoming more difficult as he went. He insulted everyone he deemed to be counterproductive to the needs of an economy that must be restored and the oath to the Constitution that merely became a rite of passage to unbridled power.

The base of middle class earners have watched their income drop while the value of the dollar falls. The reduction of interest rates to zero assured those with savings could no longer rely on this modest vehicle of frugality, college expenses and retirement income. Of course their credit card rates range from 9 to 38%, driving them further into debt.The counterpoint was huge inflation of the stock market. It wasn’t that long ago when folks doubted the Dow Jones would ever go above 1,000. Today, hovering in the 16,000 range when our industries are fleeing draconian taxes and environmental harassment makes for impending disaster. For the time being, the good ole boys are very comfortable in their lifestyles and the ego stretch of power over the people. Dare anyone challenge them?

Those good ole boys, even the ones claiming to be “true conservatives,” haven’t been paying attention to the bureaucrats who have created job security fiefdoms covered by tens of thousands of pages of ridiculous regulations born out of their legislation. The Founders noted this in the Declaration of Independence. In a long list of complaints against the king, the Founders noted:

“He has erected a multitude of New Offices, and sent hither swarms of Officers to harass our people and eat out their substance.”

Apparently our President who told Russian President Medvedev in 2009 that “for all practical purposes the US Constitution is dead” also puts no value in the Declaration. The politically correct surely don’t.

So why is Donald Trump crude, rude and bombastic? These qualities belie his astounding success in dealings across the globe. In negotiations he has proven himself to be strategic, tough and fair. He couldn’t survive otherwise. Yes he has failures! He’s in the arena, unlike “those cold and timid souls who have never tasted victory or defeat.” (T. Roosevelt)

Crude – Let’s face it, a large segment of the population communicates with rough language – often to get a point across. Compared to the modern street lexicon, he’s pretty mild. The folks on the streets get the message – a good part of the 92 million looking for meaningful work. Out in the real world where Mike Rowe displays “Dirty Jobs”, Trump reaches men and women ready to hear his message. If it offends sensitive ears, I’m sure it isn’t the first time the micro-aggressed have heard them. Micro-aggression? What a joke! How about a good sound spanking sorely missed when bottoms were tender and not so wide?

Rude – We have been under assault by Academia’s gift to the end of polite and reasoned discourse. It’s called Political Correctness. One must always measure his words, never insult, never call out one’s obvious errors. They are certainly offended by anyone expressing beliefs and appreciation for beauty by celebrating a creche in a public place or flying a flag in a condominium project.

Donald Trump would have none of that, bringing a breath of fresh air into the fetid atmosphere of the politically correct. Donald’s brand of rudeness – and Ben Carson’s genteel approach to the subject are driving this PC horror into the dustbin of history. It must also be accompanied by the phony and divisive promotion of so-called “diversity.” We are a widely diverse population, with huuuge endowments from our Creator as the Founders noted in the Declaration of Independence – not counting the sudden wide range of sexual urges being codified by the insane.

True Diversity is the infinite range of gifts and talents found among any and all human populations. The difference among them is the astounding success of a USA that was designed from the beginning to allow everyone the opportunity to develop his gifts and apply them for profit and service to humanity. The problem with the Diversity Über Ales crowd on the left is that they insist on a diversity in everything except a diversity of ideas.

Bombastic – Trump at his core is very childlike. He is also a creative business genius. This combination is a great asset when conceiving, designing, building and operating massive projects of great quality and beauty. They are then operated at a high level of service with an apparently satisfied and truly diverse workforce at all levels. It was a woman who supervised the construction of Trump Tower. The bombast is only to call attention to his successes. He lives them through his toys – which are also put to profitable use.

An Explanation of Child-likeness – The great American Philosopher, Charles Sanders Peirce (1839-1914) left us 10,000 pages of theories and philosophical outlooks. Among these is much of the modern basis of artificial intelligence development. I found his prioritization of the normative sciences of Philosophy most telling. Beauty (B), Ethics (E) and Logic (L). How these equally important elements are ordered in one’s thought process reveals a world view. Child-likeness cannot be recognized by the individual, lest he lose it and become arrogant. That’s why the term “unassuming” best defines the childlike.

Ethics Beauty Logic (EBL) – The “true conservative” looking down from above, sees Ethics first (like our Judeo-Christian heritage and the Constitution – Good!). Beauty is appreciated and observed, but more in passing than in execution. The Conservative builds his Logic to protect them, but could do much more if he or she is more conscious of the Founders’ notice of our endowment from our Creator – the great gift to future generations of Americans.

Beauty Ethics Logic (BEL) – Trump’s world view of seeing Beauty is more in line with the Founding Fathers than even the “true conservative.” Like the conservative, Trump and his Ethics are defended with his Logic. We all really have to work at the childlike BEL ideal – but he surely does – probably unawares. He is just driven to be creative. Jesus Himself extolled the virtue of child-likeness. The famous Psychologist Robert Ornstein defined child-likeness as “equal access to the right and left brain hemispheres.”

Progressives drive that creative and reasoning trait out of our children with their Common Core and other left- brained nonsense. The corpus callosum is the connecting nerve fiber between the halves that allow creative processing. I call progressives “corpus callosum challenged” because they are incapable of such mental processing at a social level. Nerds can be very good at software and video game design, but are seen as social misfits – not fair, but probably true.

I liken Trump, a builder of beautiful things, to King David – a man of great talent who did some nasty things, but became a great leader – “a man after God’s own heart.” He wrote the Psalms and fathered King Solomon. Isn’t life beautiful when you seek beauty first? “Of such is the kingdom of heaven.”

Do we want to maintain the status quo at all costs, or are we to see the Beauty in Donald Trump’s end product – America Great Again?