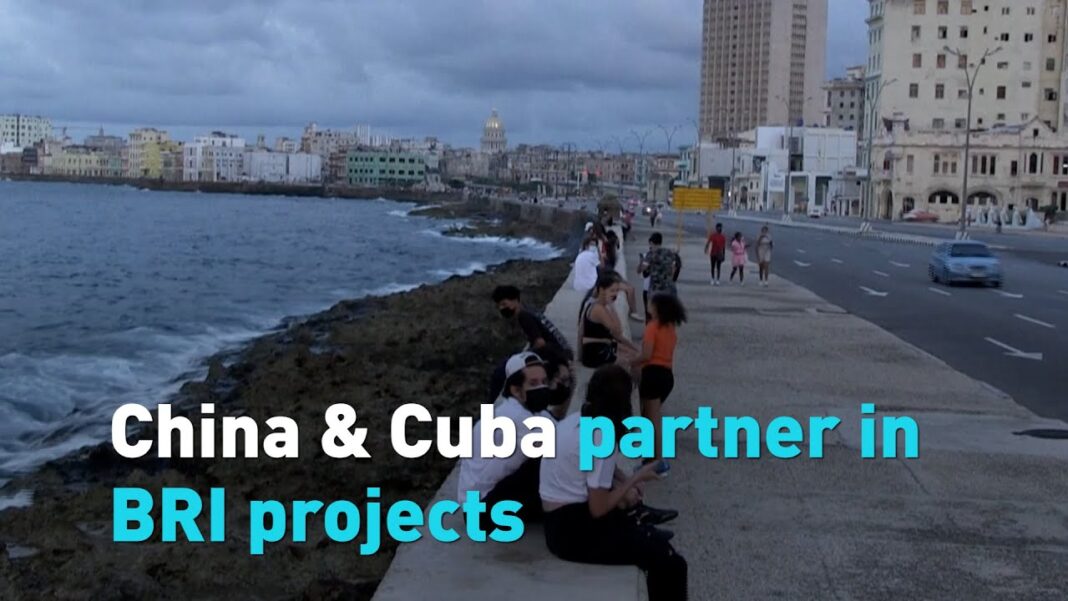 Cuba and China have signed a cooperation plan to push forward construction projects under Beijing’s controversial overseas infrastructure program, the Belt and Road Initiative (BRI), which has saddled many participating countries with heavy debt loads.

The Chinese Embassy in Cuba announced the agreement on its website on Dec. 26, saying that the deal was inked two days earlier by He Lifeng, the head of China’s top economic planning agency, the National Development and Reform Commission, and Cuban Vice Prime Minister Ricardo Cabrisas.

The agreement implemented a memorandum of understanding the two nations signed in 2018, when Cuba agreed to become a BRI participating nation.

Under the agreement, the two nations aimed to work together on projects in several key sectors, including communications, education, health and biotechnology, science and technology, and tourism, according to the Agencia Cubana de Noticias (ACN) news agency,

The Chinese embassy also stated a timetable and a roadmap had been proposed to implement the projects, without elaborating more details.

China launched BRI in 2013 in an effort to build Beijing-centered land and maritime trade networks by financing infrastructure projects throughout Southeast Asia, Africa, Europe, and Latin America. In recent years, critics have slammed Beijing for using “debt-trap diplomacy” to lure countries into its initiative.

Many countries have surrendered a piece of their sovereignty after failing to pay off Chinese debts. For example, China Merchants Port Holdings is now running Sri Lanka’s Hambantota port on a 99-year lease, after the South Asian country converted its owed loans of $1.4 billion into equity in 2017. Seizing the port has allowed Beijing to gain a key foothold in the Indian Ocean.

The Chinese regime has also sought to partner with countries rich in natural resources—such as African BRI participants Ghana and Zambia—in order to gain access to these raw materials to drive the Chinese economy.

It appeared that China has its eyes set on Cuba’s natural resources, as a Chinese researcher told China’s state-run media outlet Global Times on Sunday that the BRI agreement was good because China and Cuba “have strong economic complementarity.”

The researcher was also quoted as saying that “Cuba is rich in mineral and oil resources, and is a major source of nickel ore for China.” Cuba has one of the world’s largest nickel deposits in the world.