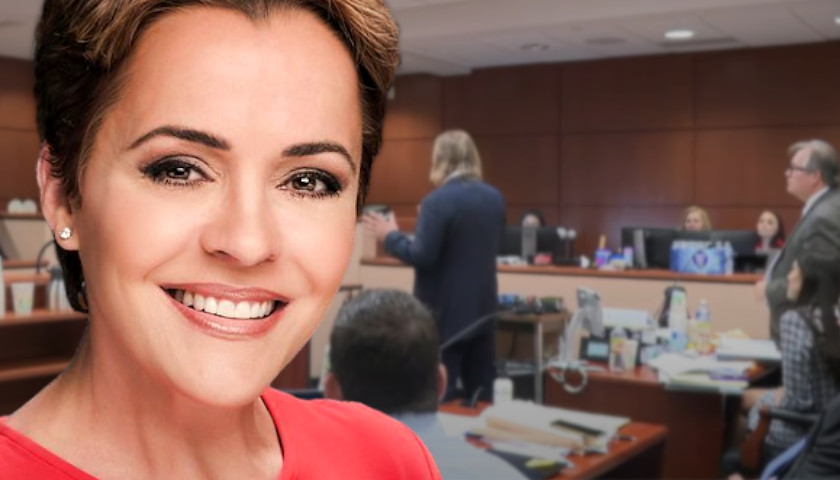 Lake is requesting the Court to either declare her the winner of the gubernatorial election that saw Democrat nominee and Secretary of State Katie Hobbs certified as the winner by the narrow margin of 17,000 votes, or require Maricopa County to hold a new election on the gubernatorial contest. However, to secure that remedy, Lake’s legal team will have to clear the high burden of demonstrating that any wrongdoing it proves altered the outcome of the election.

First to take the stand was Maricopa County Recorder Stephen Richer, who was not physically in court, but testified remotely from his vacation in Panama City, Florida. Richer appeared over a video screen wearing a t-shirt, and not a suit and tie. Several observers watching the live proceedings commented on social media that Richer’s attire indicated a disrespect for the Court and the proceedings, but Judge Thompson did not offer a comment to that effect. One of Lake’s attorneys, Bryan Blehm, asked Richer extensive questions about the chain of custody (COC) required for early ballots.

Lake’s team alleged in its complaint that no COC documentation exists for 298,000 Election Day vote-by-mail ballots, which is a violation of statute sufficient to alter the outcome of the election. Maricopa County countered in its response that such documentation does exist, but has not, to date, produced that documentation.