As Robert Mueller was ramping up his Russia collusion probe in spring 2017, then-acting Director Andrew McCabe was summoned to the Justice Department for a high-level Sunday morning meeting led by then-Deputy Attorney General Rod Rosenstein.

McCabe showed up thinking it was a “coordination and logistics issues” meeting for the new special counsel probe, but soon he found he himself was to be the subject of discussion, according to newly declassified notes that McCabe recorded of the gathering.

Rosenstein wanted McCabe to recuse himself as FBI director from the Russia probe because McCabe’s wife had run for office in 2015 in Virginia as a Democrat and had accepted financial help from longtime Hillary Clinton ally and Virginia Gov. Terry McAuliffe, the notes show.

Rosenstein “stated that he had the highest regard for my integrity, and that he had read and agreed with the memorandum written by FBI Assistant Director Patrick Kelley addressing the issue of whether or not there were any conflict issues with my involvement in the Russia investigation,” McCabe wrote in his May 22, 2017 memo.


At the time, news reporters (including myself) had found a photo of McCabe wearing a campaign shirt supporting his wife. He was also listed in Virginia government documents as having attended a meeting with his wife and McAuliffe discussing financial support for the campaign. McCabe has always insisted he never did anything wrong.

You can read the records of the McCabes’ March 2015 meeting with McAuliffe below. 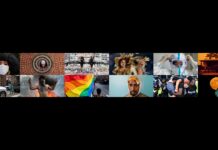 Tiger Woods “Out of the Woods” after car crash: Injuries not life threatening