Home Previews Books Defenders of the West: The Christian Heroes Who Stood Against Islam 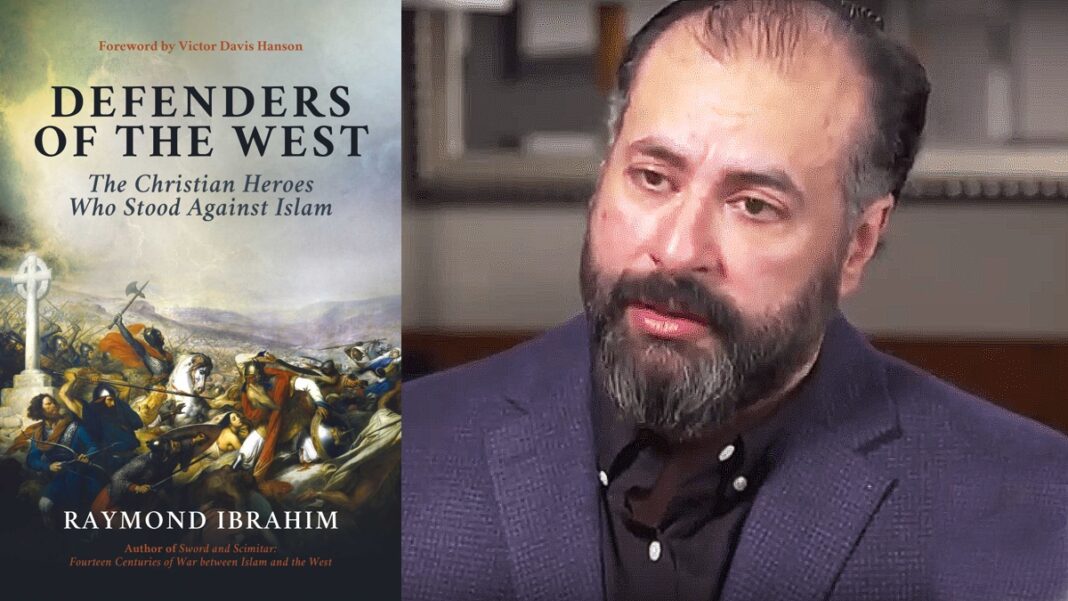 A riveting account of the lives and epic battles of eight Western defenders against violent Islamic jihad that sheds much-needed light on the enduring conflict with radical Islam.

In Defenders of the West, the author of Sword and Scimitar follows up with vivid and dramatic profiles of eight extraordinary warriors—some saints, some sinners—who defended the Christian West against Islamic invasions. Discover the real Count Dracula, Spain’s El Cid, England’s Richard Lionheart, and many other historical figures, whose true and original claim to fame revolved around their defiant stance against jihadist aggression. An instructive and inspiring read; whereas Sword and Scimitar revolved around decisive battles, Defenders of the West revolves around decisive men.

“Defenders of the West is engaging storytelling of fascinating people and forgotten events at its best. Although anchored in arcane or archaic texts, it reads and flows like an adroitly crafted novel, buttressed by a scholarship that allows those of the past to speak for the past.” —Victor Davis Hanson, Martin and Illie Anderson Senior Fellow, Hoover Institution

“Relying primarily on contemporary sources, Raymond Ibrahim vividly tells the story of ‘eight eminently violent men’ who played leading roles fighting Muslims back in the era 1100-1500, when Christianity was a ‘muscular religion.’ By recalling those exploits, the author hopes not just to pay tribute to distant accomplishments but to inspire today’s Christians again to ‘stand against Islam.'” —Daniel Pipes, president, Middle East Forum

“For two decades, Raymond Ibrahim has been one of the few historians telling us the truth about Islam and its thousand-year assault on the West. With narrative force, clarity, and a command of primary sources, his new book Defenders of the West tells the story of that millennium of aggression and the heroic resistance that saved the West from its oldest enemy.” —Bruce S. Thornton, Research Fellow at Stanford’s Hoover Institution, and Executive Member of the Working Group on the Role of Military History in Contemporary Conflict

“With his trademark erudition and intellectual courage, Raymond Ibrahim chronicles the exploits of eight Western Christian Defenders against Islamic imperialism, including four—Ferdinand, Hunyadi, Skanderbeg, and Vlad Țepeș—who defended or liberated their home territories from Islam. An unapologetic, pellucid reminder for our era about the necessity of standing resolute against the unprovoked aggression of Islam’s timeless institution, jihad.” —Andrew Bostom, MD, MS, author of The Legacy of Jihad, The Legacy of Islamic Antisemitism, and Sharia Versus Freedom

“This exciting and very well-researched book introduces us to the lives and heroic deeds of courageous men who, against great odds, defended their people and their culture from an implacable enemy.” —Darío Fernández-Morera, Associate Professor Emeritus of Northwestern University, author of The Myth of the Andalusian Paradise: Muslims, Christians, and Jews Under Islamic Rule in Medieval Spain

“In a brilliantly written and highly dramatic book, Raymond Ibrahim brings to life eight Christian heroes who stood up against evil and injustice to fight for human dignity and the Christian faith in various theatres of war. Remarkable tales from a time of massive upheaval—not unlike our own age. While the book outwardly documents a history of fierce warfare, it also manages to invoke matters of the heart that are relatable to the average reader.” —Hanne Nabintu Herland, African-born historian of religions and bestselling author in Norway

“Raymond Ibrahim is a highly intelligent student of history and the civilizational warfare of Islamic jihadism.” —Allen West, retired U.S. Army lieutenant colonel and former Member of the U.S. House of Representatives

“Military historian Raymond Ibrahim is of Egyptian origin, fluent in Arabic, and an expert on the centuries-long armed conflicts between the West and Islam.” —National Association of Scholars

Raymond Ibrahim, an expert in Islamic history and doctrine, is the author of Sword and Scimitar: Fourteen Centuries of War between Islam and the West (2018); Crucified Again: Exposing Islam’s New War on Christians (2013); and The Al Qaeda Reader (2007). He has appeared on C-SPAN, Al-Jazeera, CNN, NPR, and PBS, and been published by the New York Times Syndicate, Los Angeles Times, Washington Post, Financial Times, Weekly Standard, Chronicle of Higher Education, and Jane’s Islamic Affairs Analyst. Formerly an Arabic linguist at the Library of Congress, Ibrahim has guest lectured at many universities, including the U.S. Army War College, briefed governmental agencies such as U.S. Strategic Command, and testified before Congress. He has been a visiting fellow/scholar at a variety of Institutes—from the Hoover Institution to the National Intelligence University—and is currently a Shillman Fellow at the David Horowitz Freedom Center, a Judith Friedman Rosen Fellow at the Middle East Forum, and a Senior Fellow at the Gatestone Institute.