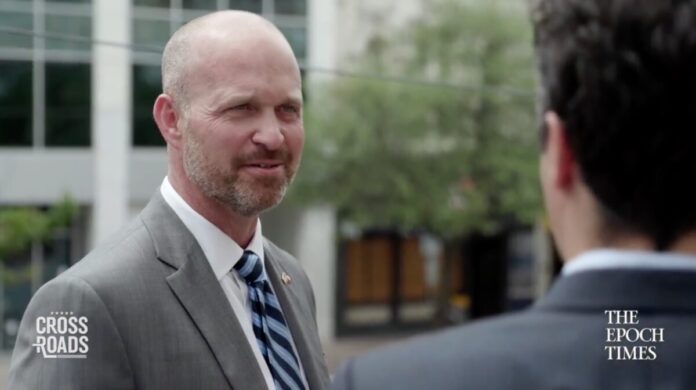 Kevin Roberts the CEO of the Texas Public Policy Foundation and former history professor told The Epoch Times that American citizens have allowed the federal and state executive branches to collect too much power and one way to remedy this imbalance is to teach students about the U.S. Constitution and the founders of this nation.

Roberts said that both Republican and Democrat administrations are guilty of an overreach by the executive branch because leaders have departed from the Constitutional principles, causing an imbalance within the three-branch system set up by the founders.

“I would say over the last 40 to 50 years (presidential administrations) have tended to violate the Constitution, it’s that there’s far too much power concentrated in the executive branch. And there have been some Presidents of both parties who are less guilty of that than others, but it’s been a trend and the reason that that has happened … is that our elected representatives in the U.S. House, in the U.S. Senate are increasingly fearful of taking hard votes. And so, they allow the unelected bureaucrats in the administrative state of the executive branch to legislate, to regulate,” said Roberts.

Current events including long-term pandemic lock-downs, places of worship being closed, Democrat initiatives to nationalize election laws (H.R. 1, For the People Act), potentially criminalizing a belief in biological sex (H.R. 5 The Equality Act), and possible vaccine mandates are all exposing that constitutional rights are under attack.

“I would fault mightily an administration I admired and helped out informally in terms of policy and that’s the Trump administration, in not being strong enough against the COVID shutdowns,” said Roberts. Adding that Dr. Anthony Fauci, the director of the U.S. National Institute of Allergy and Infectious Diseases and the chief medical advisor to the president is an example of an unelected bureaucrat, regulating.