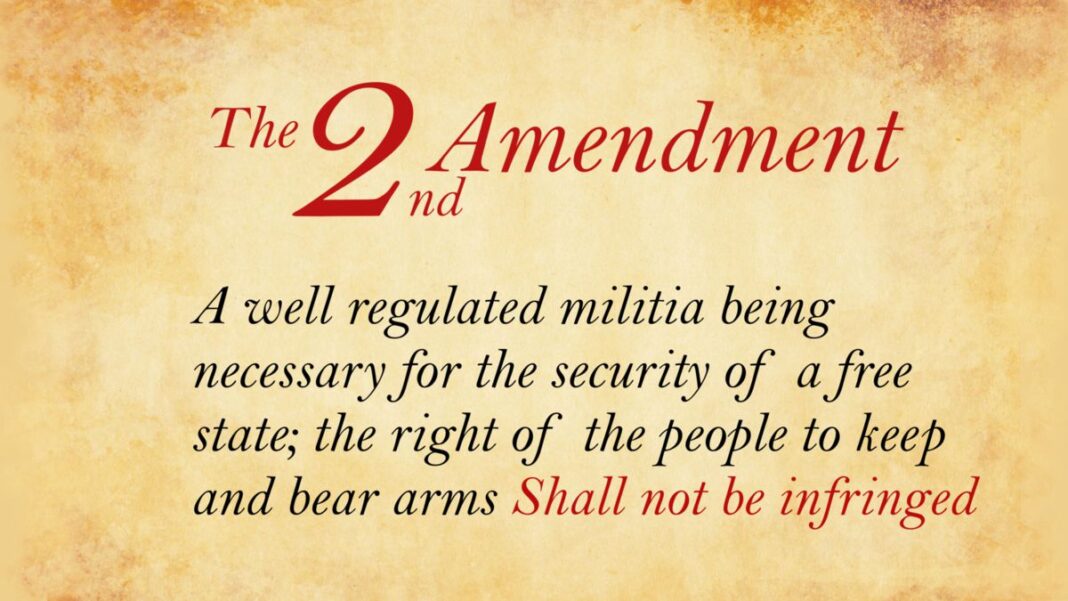 During the current administration, the Second Amendment has consistently been under attack. Especially recently, with the way the Kyle Rittenhouse case has been treated by the political left, every American’s right to self-defense—not only the right to keep and bear arms—is in danger.

Have you heard these claims from an anti-gun individual?

1. Gun-control will help everyone by making our nation a safer place in which to live.

Gun-control will only make matters worse by disarming the law-abiding citizens, making the nation even more dangerous. Will criminals really pay attention to gun-control laws even though they already disregard other laws? Criminals can be even more successful where gun-control is enforced since they can affront defenseless citizens though they (the criminals) are armed. And if weapons are not available in the U.S., then criminals will resort to the black market to obtain them. Gun-control will only increase criminal control.

2. The government will protect us.

President Gerald R. Ford once said that “a government big enough to give you everything you want is a government big enough to take from you everything you have.” The individual should take care of himself because it is his duty. The government’s duty lies in the protection of the nation. If the government were so anxious to protect the individual, it would leave the people with the most effective means to do so, instead of taking it away.

3. Guns do not save but take lives.

4. Our leaders are only thinking about the good and the safety of the nation.

The leaders that promote gun-control just want more power over the people. If they were genuinely concerned about the good of the nation, they would investigate different ways to control crime, such as stricter punishment for people who transgress the law. Also, if the leaders were concerned about the good of the people and the nation, they would uphold the U.S. Constitution as originally designed. All our leaders take an oath to “uphold and defend the Constitution.” Since gun-control is not a defense of but an attack on the Constitution, those leaders who promote gun-control are violating their oath, and thus their office. Gun-control, which is an infringement upon our right to keep and bear arms, is not upholding and defending the Constitution.

Some argue that “due process” justifies gun confiscation. (See the U.S. Constitution, 5th and 14th Amendments.) Due Process is defined as a full hearing as provided by law. But the Constitution is the “supreme law of the land” and states plainly that “the right of the people to keep and bear arms shall not be infringed.” This is a specific right and needs no interpretation. Should freedom of speech be curbed by “due process”? If the government uses “due process” to infringe upon our right to keep and bear arms, it can also curb other rights just as easily.

6. Many innocent people have been killed in shootings, and gun-control will put a stop to this.

Shootings usually happen at places where firearms are prohibited. Take for example, most schools, where even the teachers are not allowed to carry. This is basically the equivalent of putting a sign in front of the school saying: “Welcome, criminals! We are unarmed.” If schools permitted the carrying of firearms, it would discourage criminals from attempting a shooting. The government uses shootings to incite fear in the people, and then imposes more gun-control, giving the government more and more power over the people.

7. Guns should only be used by the military.

This would turn the government into a military dictatorship. The government could then use the armed military to enforce draconian laws and measures on the people, so this is another reason why it is important for civilians to be armed.

8. At least we should make certain types of powerful rifles illegal to own.

Consider carefully that no type of gun-control whatsoever is allowed by the U.S. Constitution, as stated in the Second Amendment: “The right of the people to keep and bear arms, shall not be infringed.”

9. Gun-control does not concern me.

It concerns everyone in the nation, although those who do not own firearms may not feel the effects immediately. When the “right of the people to keep and bear arms” is taken from us, we the people have one less freedom. If the government succeeds in taking away our means of defense, they certainly will be quite capable of taking away other rights, including freedom of religion, of speech, and of the press. The government wants to act as if it were all about guns, so that this will not seem important to those who are not gun owners. But it is important to understand that the question of gun-control is not strictly about guns, but about rights. When we are disarmed, we will have no way to protect ourselves or our God-given rights.

Now, please ask yourself these questions:

A Lesson from James Madison: Loose vs. Strict Construction of the Constitution