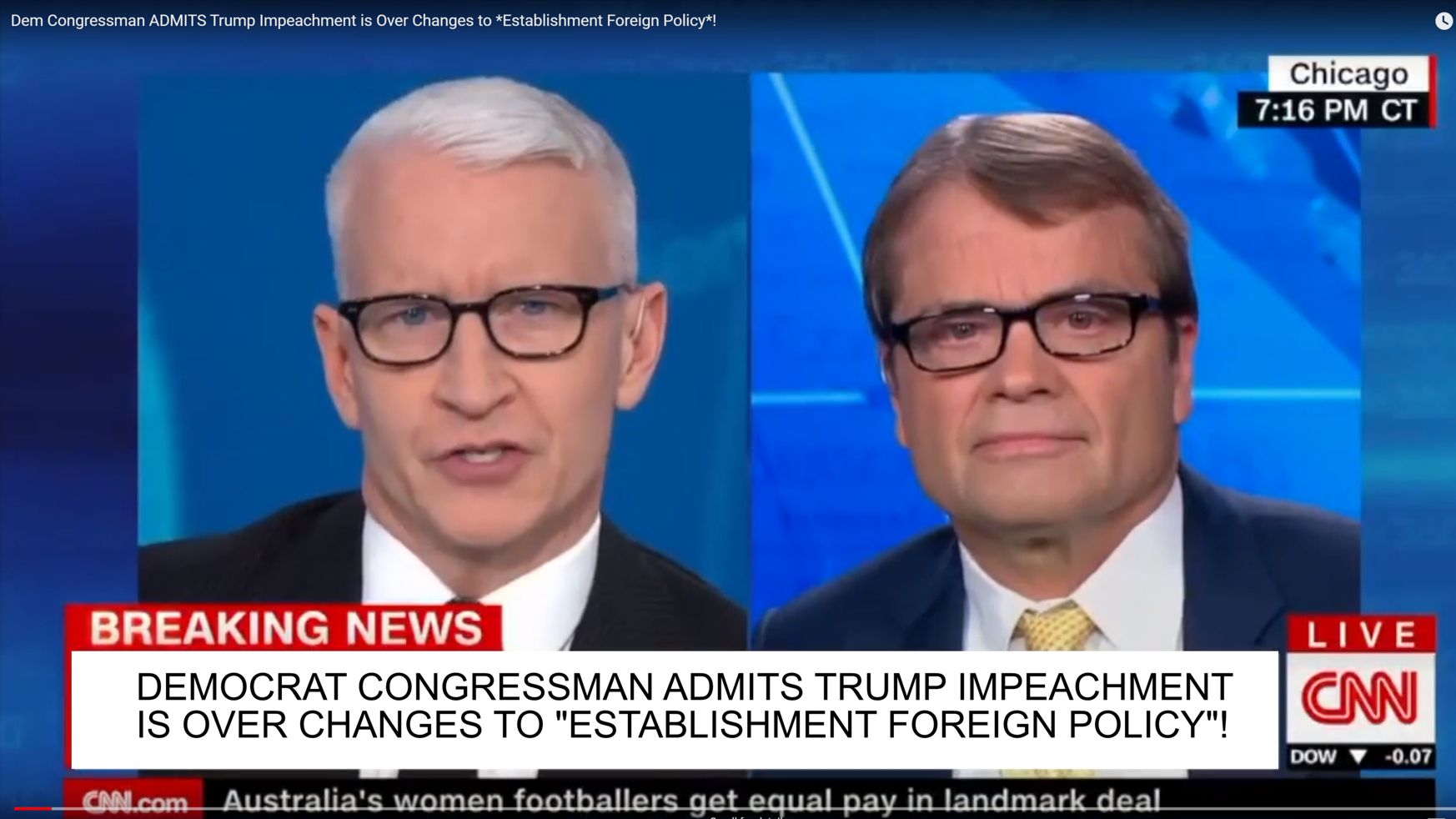 Rep Mike Quigley (D-IL) accidentally gave the game away on Anderson Cooper (CNN) recently when he declared the reason the Democrats are pursuing the impeachment of President Trump is because of the political “Establishment Foreign Policy”. Trump is being impeached to prevent him from changing the established way foreign policy has been handled, not because Trump did anything wrong.