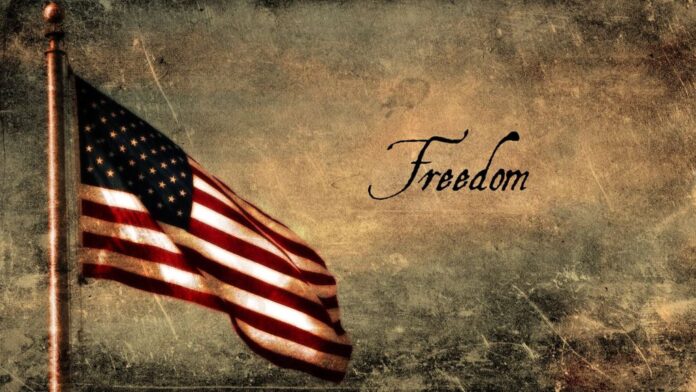 Twenty eight centuries ago, the Prophet Isaiah warned “Woe to those who call evil good, and good evil; Who put darkness for light, and light for darkness; Who put bitter for sweet, and sweet for bitter!” That admonition is as timely now as it was when Isaiah first uttered it. The onslaught of the left, since its Election Day chicanery began to be exposed, has been relentless and shameless. Yet its vicious nature reveals not only the basis of its strength, but its greatest vulnerability as well.

“Woe to those who call evil good, and good evil; Who put darkness for light, and light for darkness; Who put bitter for sweet, and sweet for bitter!” ~ Prophet Isaiah

As the evil dots are continually being connected, the massive expanse of the leftist Democrat effort to steal the 2020 presidential election becomes frighteningly obvious. The fix was in, to take over the American political system in a manner that eclipses any third world dictatorship, and even such notable dark historical milestones as the ascension of Hitler’s Reich and the Maoists of China. But they will only succeed if we let them.

On November 3, the American people voted in unprecedented numbers for a Constitutional Republic, headed by the proven patriotism of President Donald Trump. Yet the leftist plan was to seize power through fraud, lying, cheating, and when all of that failed, mockery and intimidation. The fierce and coordinated ridicule of those daring to question the “legitimacy” of the 2020 election is no less a facet of this ongoing attempted coup than were the stuffed ballot boxes and corrupted voting machines. First, they commit the crime, then they destroy the evidence. When that isn’t possible, they destroy anyone presenting the evidence. Barring a principled and resolute response, it eventually disappears.

That is how leftists operate. That is how leftists have always operated. America has suffered their onslaught in this manner for many decades. Sadly, the general passivity of Americans has been the single greatest “weapon” of the left. And it was their expectation of such, in the wake of the 2020 election, that emboldened them to orchestrate their plan to steal the election, if all of their previous lies and fraud failed to garner the needed votes. Clearly, the American people were not fooled by any of it. The initial election returns revealed a massive groundswell in favor of the President, and in total rejection of the dangerously perverse ideology of the left.

The panicked reaction of the leftist political/media complex was far from optimal. Having underestimated the scope of Real America’s opposition to them, they had to engage in frenzied cheating, which involved many public episodes of indisputable fraud, including the sudden “vote” dumps, truckloads of phony ballots, digital manipulations of voting machines, and third-world antics such as the ejection of honest election judges and boarding of windows in places where votes were “fixed” and altered.

All of these brazen, criminal actions occurred in the early hours of November 4, after the vote count was suddenly halted, whereupon President Trump’s substantial victory margin magically evaporated into thin air. “Nothing to see here!” we are told.

But we did see it! Eighty million of us (and that’s a conservative estimate) watched as a thoroughly diseased “system” dismissed our effort to preserve and protect the Constitution of the United States, and supplanted it with the counterfeit “votes” which they had laying in wait and concocted on the fly. Eighty million witnesses is a huge number of people, the collective will of that many Americans is not easily ignored. So it must be suppressed. And that is where we currently find ourselves.

Initially, leftists hoped they could shame President Trump into an immediate concession, whereupon, they could declare victory and proclaim all of the wonderful blessings of their ensuing leftist/socialist utopia. Thankfully, President Trump is invulnerable to such pressures. Since the failure of that pathetic effort, leftist Democrats, their media lackeys, and the usual cadre of RINO traitors have gone into overdrive.

Everyone from the perpetually nauseating Hillary Clinton to chattering Senate and House Democrats have venomously castigated the President over his unwillingness to concede. And of course this sentiment is predictably echoed by the leftist Fake News lackeys at every opportunity. Increasingly, these seditious anti-American ideologues are emboldened to wrap themselves in the flag as they claim that it is President Trump’s “patriotic duty” to hand over the reins of power to them.

Coming from leftists, none of this shameless sanctimony and abject hypocrisy should be surprising. Yet things actually got worse from there. On cue, the cadre of RINO traitors stepped up, with their standard effort to give faux “credence” to leftist Democrats in an untenable position. “National Review,” once a staple of conservative America, ran an article denouncing the President with bile and venom that has only been exceeded by the likes of Democrat House members Gerald Nadler and Adam Schiff.

Flailing Georgia Democrats, desperate to escape the obvious evidence of vote fraud from that video of “ballots” being sneaked into the system behind closed doors (but not out of view of security cameras), likewise received a gift-wrapped lifeline from Jedediah Bila, who gained prominence as a supposed “conservative,” despite being in league with the left on more than one decisive occasion. With zero supportive evidence, Bila flatly claimed that such ballot stuffing behavior is perfectly normal, and not indicative of vote fraud. Problem solved for leftist Democrats, with that all-important stamp of “bipartisan” support!

The single point that is ignored in all of these demands for capitulation is that as the duly elected Chief Executive, if President Trump wants to maintain any faithfulness to his sworn Oath of Office, he as zero latitude to cede the election. Doing so would put not only the White House, but the very future of America into the treasonous and criminal hands of the leftist Democrats, not just for this election, but for all elections going forward. The President has rightly stated that the evidence of a fraudulent and stolen election is incontrovertible. It would not be “honorable” in any manner to ignore such crimes. Rather, it would be complicity in them. And that is the biggest message our side needs to uphold, both now and going forward.

Leftist lies and RINO fawning and cowardice notwithstanding, the election is currently being stolen from the American people. No amount of shaming or deflection can change that fact. Americans will either restore the integrity of the system, which must happen now, or see it forever wrested from them. Lastly, but no less important is the necessity to identify every person and entity that either participated in the attempted heist, or has sought to give cover to it since the seditious effort first came to light. Whether overtly leftist Democrat or enabling RINO traitor, those people are all equally culpable, and must never be allowed to disassociate themselves from the criminal elements they now embrace.