Home Keep Up Biden Regime Department of Labor poised to become the next People’s Republic of China’s... 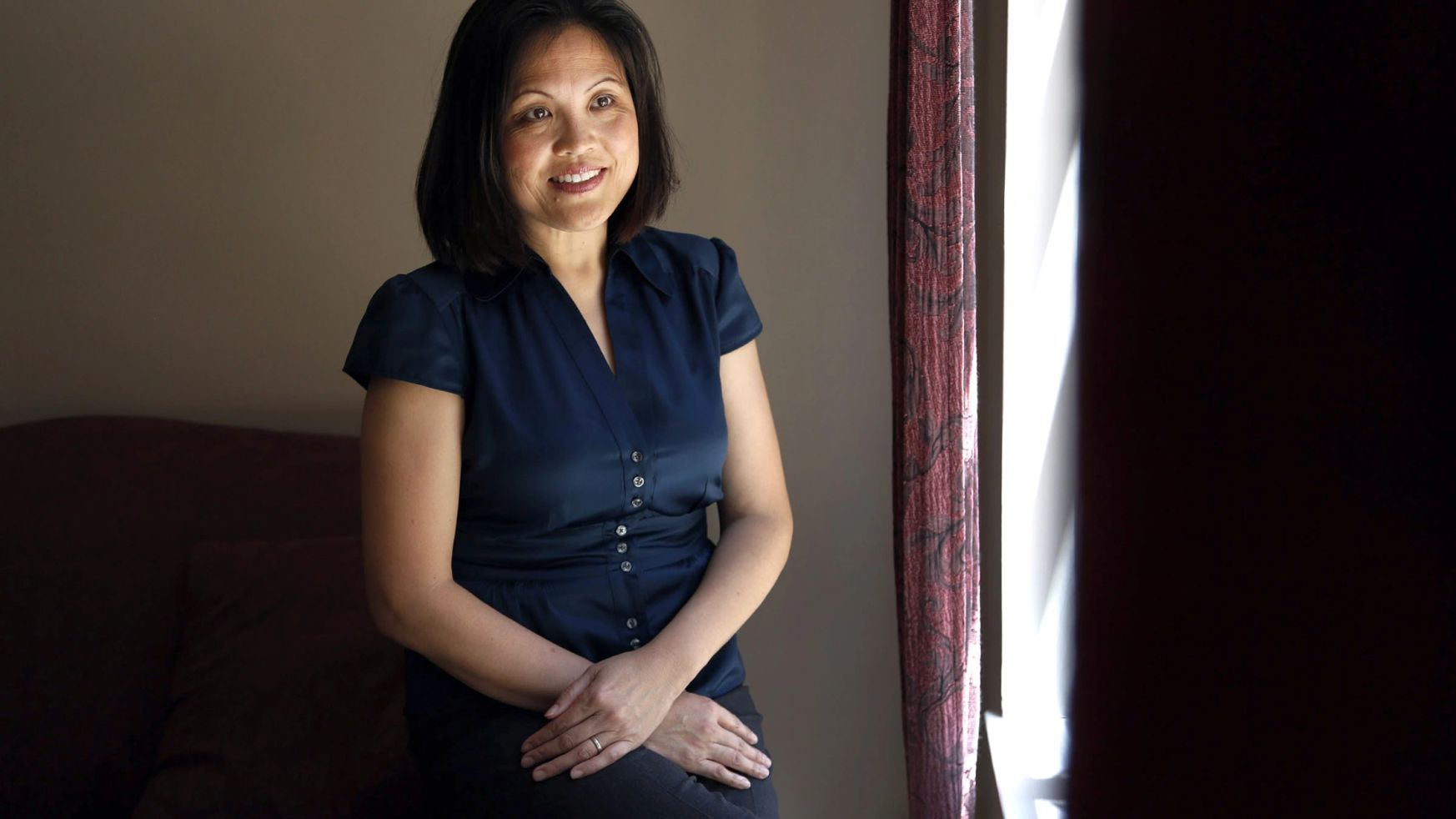 In December 2017, a week before Christmas, California Labor Secretary Julie Su filed for divorce from her husband, Hernan Vera. In the ugly arena of divorce, that would be considered an offensive strike. Vera and Su had been together since they were undergrads at Stanford University in the early 90s. The power couple’s two-year divorce never registered on California’s media radar. Local news sources, long notorious for reporting on the personal affairs of state leaders and officials, failed to mention it. Today, Su is a single mother with two daughters and could soon be the US Labor Department’s deputy secretary. Last November, Vera was appointed to the Los Angeles County Superior Court bench by California Governor Gavin Newsom (D).

Throughout Su’s marriage, news stories about her legal victories would often mention her family. Vera and Su were examples of how second-generation immigrants could achieve their dreams. Since 2020, California media sources have yet to mention Su’s status as a single mother.

Su served as California’s Labor Commissioner from 2011 to 2018. In the middle of her two-year divorce, Newsom appointed Su to lead the Labor and Workforce Development Agency (LWDA) in January 2019. The following year, the COVID-19 pandemic would emerge and almost decimate the Employment Development Department (EDD).

Following the announcement of Su’s nomination as DoL Deputy, the L.A. Times Editorial Board published “California’s unemployment system collapsed on Julie Su’s watch. Is she ready for Biden’s team?” It offered a few light critiques of Su’s failures, but overall, was a soft endorsement.

To Su’s credit, she inherited a mess, and during the worst crisis in state history. Both the Labor and Workforce Development Agency (LWDA) and Employment Development Department (EDD) experienced widespread turnover and fraud abuses. So far, criminal hacking groups from Nigeria, China, and Russia have been implicated, but nobody has been caught. Unemployment fraud was so out of control last year that even death row inmates had received unemployment checks.

As the Labor and Workforce Development Agency (LWDA) head, Su was ultimately responsible for the Employment Development Department (EDD). During Su’s brief tenure, the agency suffered three regime changes and lost over 1,500 employees. The second-in-command, Stewart Knox, resigned after 18 months. The agency’s third-in-command quit after three months on the job after replacing someone who had only been on the job for six months. Several EDD and LWDA senior-level managers also quit under Su’s watch.

Before Su’s Senate confirmation hearing, CalMatters discovered the Employment Development Department (EDD) had made $22.5 million on unemployment debit card fees while failing to track how much Bank of America earned off a debit card contract during the benefits spike.

“How much money did Bank of America make on its end of the deal? The state says it doesn’t know, and the bank won’t say, despite a contract requirement to report unemployment debit card fees and revenue each month. “EDD does not track BofA’s revenue,” the agency told CalMatters..”

As Su was grilled by high-ranking Senate Republicans, she struggled to provide explanations on why the EDD had been an abysmal failure. Without stating it directly, Su blamed many of the problems on the federal government.

The question that Su wasn’t asked was how she felt about the forced labor camps in Xinjiang, China. As the daughter of Taiwanese immigrants, Su dedicated her legal career to fighting for exploited laborers from Thailand, Vietnam, South Korea, Mexico, and Central America. Ironically, Su’s efforts rarely involved Chinese businesses or immigrant employees.

When Su was the state’s labor commissioner, she went after a Burmese restaurant group in San Francisco, ordering the company to pay $4 million in wages to its former employees. She also secured $190,000 in back wages for three Vietnamese immigrants who had been underpaid while working for a Vietnamese restaurant in Rosemead, one of many Asian enclaves in Los Angeles County.

When asked about the EDD’s high turnover rate, Su said, “I’ve spent my career fighting for working people that includes my own staff and really looking at the needs of our employees, the need for training them for clear direction, and the opportunity to create creative teams in order to tackle different problems.”

After Su settled into her new role, a state auditor recommended the LWDA remove sensitive information requirements that mandated claimants provide their social security numbers for identification and verification, but the suggestion, along with others, went unnoticed.

Su blamed the unemployment fraud on the Pandemic Unemployment Assistance (PUA) program, a federal initiative that each state was forced to implement, but she was wrong. When California’s unemployment fraud claims soared to new levels, Su ordered the EDD to eliminate safeguards that would expedite payments. This backfired and created more opportunities for identity thieves to exploit the antiquated system. Estimates have claimed the losses incurred from unemployment fraud range from $11 to $30 billion. The EDD only has 17 fraud investigators, which means it will take time before anyone is brought to justice.

Collins questioned Su about a directive she sent to EDD director Sharon Hilliard ordering the department to suspend unemployment eligibility certifications which caused checks to be issued without determining eligibility. Collins couldn’t understand why Su made that decision when the Department of Labor had not waived that specific requirement. Su couldn’t offer a clear explanation. often repeated herself and would blame the federal government instead of taking responsibility for her mistakes and carelessness. Su stressed the importance of finding a “national approach to the national problem,” placing responsibility on the federal government. Hilliard, a veteran EDD employee resigned in November after almost 40 years of service.

Under Sharon Hillard’s watch, by mid-2020, the EDD was crumbling. Hilliar had been with the EDD since the 80s and served as deputy for seven years before she was promoted to lead the EDD. As the chaos continued, California Republicans demanded a department audit. A few days before the audit was scheduled to happen, Democratic legislators canceled it. Instead, Newsom assembled a strike team to conduct the audit.

The strike team teamed turned in a 103-page report that identified flaws and offered their solutions. On September 20, Hilliard responded with a press release and said, “We are in this for the long haul. The strike teams’ recommendations provide an opportunity to pivot and improve our systems with a priority of delivering on the Governor’s vision of innovative government systems that prioritize the customer experience, informed by data and great expertise. Though it will not happen overnight, we will operationalize these recommendations to the best of our abilities and regularly update our customers, the Governor, and the legislature.”’ Two months later, after 37 years of service, Hilliard resigned and was later replaced by Rita Saenz (71).

The EDD announced they would be closed for two weeks to complete a necessary “reset” and implement the changes recommended by Newsom’s strike team. In October, when normal operations resumed, a few problems had been fixed, but overall, the agency’s system was still broken.

In January, California state auditor Eliane Howle performed a second EDD audit and found the agency had yet to fix anything. Over 5,000 call center employees had been hired to improve efficiency, but without proper training and experience, the EDD was just as ineffective, if not worse.

Howle’s audit discovered the EDD had increased certification procedures but backlogged the system due to slower processing times. As a quick remedy, Su issued a directive loosening certification requirements, which would open the floodgates for cybercriminals to raid the state’s unemployment reserves.

Addressing California’s death row inmates who had received unemployment checks, at Su’s confirmation hearing, North Carolina Senator Burr (R) said, “I’m sure there’s a reasonable debate to be had about the death penalty, but I can’t imagine one that involves paying people on death row for being unemployed.”

Even California Democrats were critical, including Phil Ting, who said the EDD needed “proper leadership.” By August 2020, it was reported that almost 90 people had been arrested in Beverly Hills for committing unemployment fraud.

Both Hilliard and Su are to blame for EDD’s failures as they could have implemented changes that would have improved the agency. Instead, they pointed at an antiquated system and outside influences, like the federal government. Had the LWDA and EDD been run by white men, California news outlets would have reported heavily on their failures and ineptitude.

In 2012, five former employees of the Chinese-owned BYD electric car manufacturer filed a lawsuit seeking unpaid wages. “You cannot pay people in Chinese dollars with Chinese standards while they are doing work in America,” Su told reporters before launching an investigation into the company.

As small as the BYD case was, it received coverage from the New York Times. Why would five Chinese immigrants, who didn’t have green cards, file a lawsuit against their Chinese employer? The Chinese employees knew they would be returning to China, so the repercussions they risked facing back home wouldn’t have made the lawsuit worth it.

Surprisingly, Su would rule in favor of BYD. She ordered the company to compensate the ex-workers only a third of what they were owed. Other than electric vehicles, BYD also manufactures N95 face masks. In the early days of COVID-19, as Newsom wanted to ensure Californians would have plenty of protection, he quietly purchased $1 billion worth of N95 face masks from the Chinese automaker.

Su’s leadership flaws extend beyond California’s broken unemployment system. In April, it was revealed that when Su was Labor Commissioner, she failed to enforce the Hollywood Child Protection Act, aimed at safeguarding children who worked in the TV and film industry.

According to the law enacted by former Governor Jerry Brown in 2012, adults who work with child actors must have a Child Performer Services Permit. In 2018, a recent Deadline report found that Su’s office did not approve one permit application. The same report also said that since the law was enacted, nobody had been prosecuted or charged with a minor-related offense.

During Su’s last year as labor commissioner, only 292 permits had been granted. In 2019, the same office issued over 700.

On April 21, the Senate Health, Education, Labor, and Pensions Committee voted 13–9, in favor of Biden’s nomination. Su’s fate as deputy Labor Secretary rests in the hands of a Democratic-controlled Senate. Su’s ascension to Biden’s cabinet provides her with an escape out of California and having to answer for her job lackluster performance as the state’s labor commissioner and LWDA boss. As the future COO of the DoL, Beijing couldn’t be happier. 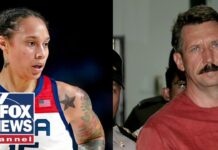