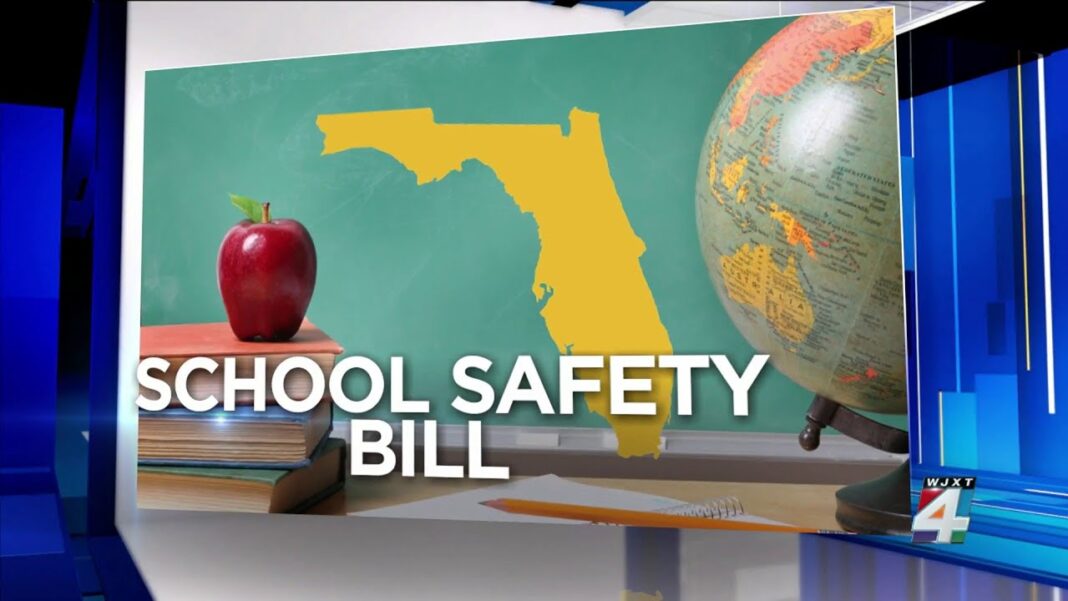 The bill, HB 1421, adds to Florida’s list of school safety reforms that have been legislated since the shooting at Marjory Stoneman Douglas High School on Valentine’s Day in 2018.

Florida Democrats had begun pushing for a special session on gun violence before the governor signed the bill.

In a news release, DeSantis announced that he had signed the bipartisan-supported bill which embraces a number of recommendations by the task force that was created as a result of the shooting in the Parkland high school, where 17 students and faculty lost their lives.

“Every child needs a safe and secure learning environment,” DeSantis said in a June 7 press release.

The signing also comes after the recent tragedy in an elementary school in Uvalde, Texas, where 19 children and two teachers were killed by an 18-year-old gunman.

In Florida, HB 1421 requires law enforcement officers to train in active shooter drills, school boards to enact family reunification plans for the aftermath of an evacuation, and for schools to have an 80 percent certification rate of personnel receiving mandatory youth mental health awareness training. It will go into effect on July 1.

The bill will extend the Marjory Stoneman Douglas High School Public Safety Commission until 2026 and revise their responsibilities from investigating system failures at the school and other previous mass shootings in Florida. They are also charged with recommending improvements to those systems and monitoring the implementation of school safety laws.

The bill will authorize the state’s education commissioner to enforce school safety and security compliance, permit school officers to arrest people in charter schools, and requires those officers to complete an intervention training course to improve skills to de-escalate situations on school grounds.